Jane Isaac is a new voice in crime literature (to me, at least) and I first met her last year at a dinner with the Corby Writers group I occasionally go to.  I read her new novel, "The Truth Will Out" this week and really enjoyed it so here's a little interview I did with Jane, plus my review of her book.

MW:  So, tell us a little about yourself. 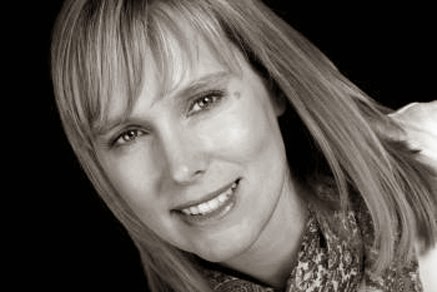 JI:   I am a working mum who lives in rural Northamptonshire, UK with my husband, daughter and dog, Bollo.

My first novel, An Unfamiliar Murder, was released by Rainstorm Press in February 2012 and was very fortunate to be nominated as best mystery in the 'eFestival of Words Best of the Independent eBook awards 2013'. The Truth Will Out is the second in the DCI Helen Lavery series, although can be read as a standalone novel, and was be released by Legend Press on 1st April 2014.

MW:  What led you into writing and how long have you been doing it?

I’ve always enjoyed writing, although I’ve never thought of it as a career. This changed almost fourteen years ago, when my husband and took a year out to travel the world and kept a daily diary recording our experiences. On our return I found that the photos we took drew on memories, but it was reading the diary that transported me back to the sweet smell of Kuala Lumpur, to hear the of street music of Bangkok, feel the thick heat that pervades the wonderfully clean Singapore, see the red earth of Australia. Realising the power of words, it was this diary that prompted me to study creative writing, first at The Writers Bureau and later with the London School of Journalism.

I wrote a few short stories and in 2008 I decided to embark on my first novel.

MW:   “The Truth Will Out” is the second DCI Helen Lavery novel, are you planning a series?

JI:   Yes, I have an outline and an opening for a third. I love working with Helen and feel that she certainly has a lot more to offer.

MW:   I’ve seen the book described as a psychological thriller but I would also argue that it’s a police procedural, what’s your feeling on it?

JI:   I describe my novels as psychological thriller/police procedural crossovers. I’ve always been fascinated by people and what happens when ordinary people face extraordinary circumstances. With this in mind, I decided very early on that I wanted to write part of the story through the eyes of a victim involved in the case, and the police investigation through the eyes of DCI Helen Lavery.

MW:   How much research was involved in the novel?

JI:   Tons! I would never claim for my novels to be entirely procedurally correct, but it’s not for the want of trying. I love the research aspect; it’s been great to meet and spend time with so many interesting people that I probably wouldn’t have got to know otherwise, many of which I’m honoured to now be able to call friends.

MW:   The novel has a great pace, do you find it comfortable to write at that length or do you also write short stories/novellas?

JI:   I have written several short stories, but when I’m mid-project I tend to immerse myself in the novel that I’m writing. That said I generally write in scenes and often write out of order and slot them all together later. Before I was half way through my current work in progress, I’d already written the denouement chapter.

MW:   Do you read widely in the crime genre?  For someone just starting out, what would you suggest they read?

JI:   I try to read as widely as possible, but crime is really my comfort read. I like Peter James and Jeffery Deaver for police procedurals and also aim to try out new writers, or authors I haven’t read before, on a regular basis. Recent such reads have included Alex by Pierre Lemaitre and The Cry by Helen Fitzgerald.

MW:   I liked your invented town and county of Hampton (especially since I live in the real one), what made you decide to do that and how much of what we read is real?

JI:   I decided to base my novels in a fictional place based on Northampton so that I didn’t have to stick to the exact layout of the town. However, I was amazed at how many local readers recognised landmarks in the first novel, such as the Brampton Valley Way, even though I’d called them different names. I like to visit the location of scenes to smell the air, touch the stone, take in the scenery before I write so I guess there is an awful lot of the real Northampton in the book, even if I have re-named some places.

MW:   Are you happy with the way the novel turned out and the reception it has received?

JI:   I’m delighted with the finished product and incredibly thankful to Legend Press who worked very hard to make it look so classy. I’ve also been extremely lucky with the wonderful reviews I’ve had so far and am so grateful to all the readers who’ve given it a go, especially those who’ve taken the trouble to send emails, comments and tweets to tell me how much they enjoyed.

JI:   I’m currently reviewing the first draft of my latest work in progress, a crime thriller based in the very real Stratford upon Avon. I had to undertake lots of research field visits to Stratford whilst I was writing the novel which I enjoyed immensely!

MW:  Thanks very much for your time, Jane.

JI:   Thanks so much, Mark, I really enjoyed answering your questions! 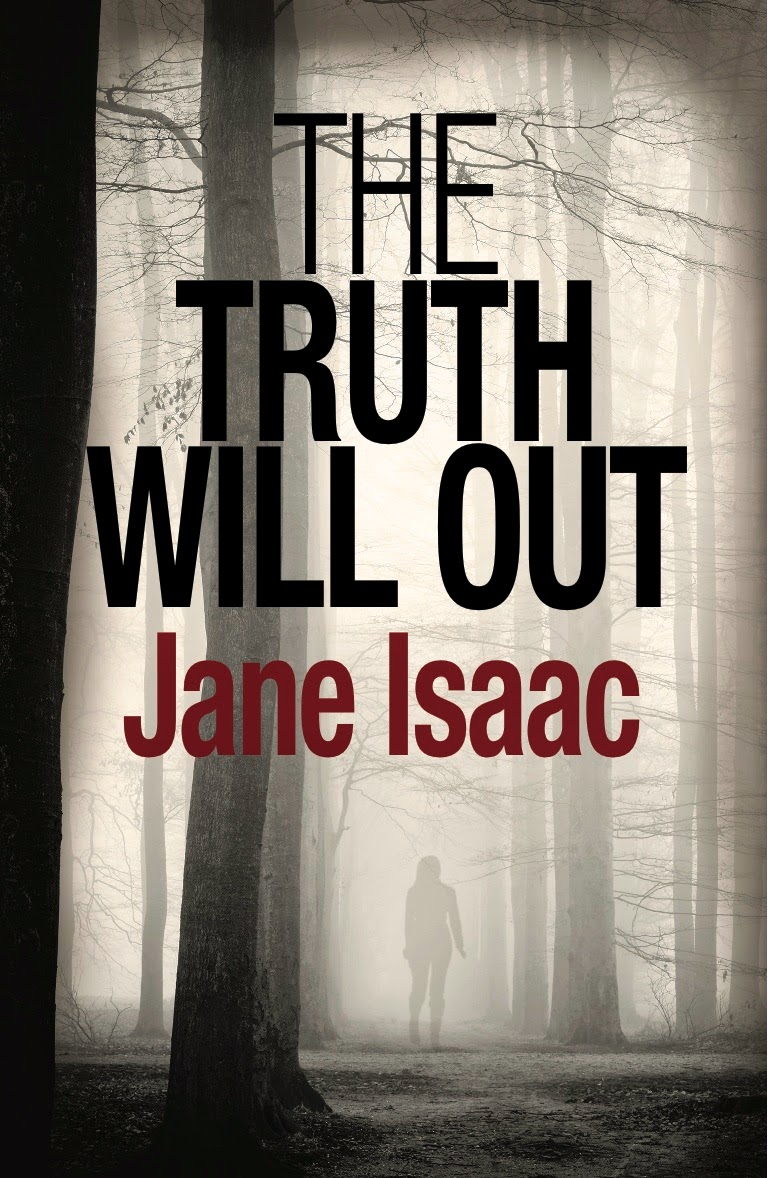 “Everything’s going to be okay.”
“What if it’s not?”
Suddenly, she turned. For a split second she halted, her head inclined.
“Naomi, what is it?”
She whisked back to face Eva. “There’s somebody in the house... ”

Eva is horrified when she witnesses an attack on her best friend. She calls an ambulance and forces herself to flee Hampton, fearing for her own safety. DCI Helen Lavery leads the investigation into the murder. With no leads, no further witnesses and no sign of forced entry, the murder enquiry begins.

Slowly, the pieces of the puzzle start to come together. But as Helen inches towards solving the case, her past becomes caught up in her present.

Someone is after them both. Someone who will stop at nothing to get what they want. And as the net starts to close around them, can Helen escape her own demons as well as helping Eva to escape hers?


[Naomi] whisked back to face Eva.  “There's somebody in the house...”

With this shock opener, the book hits the ground running and barely lets up as, horrified by what she’s seen, Eva Carradine flees to Scotland - after calling an ambulance - fearing for her own safety.  The murder investigation is led by DCI Helen Lavery, though it’s quickly taken out of her hands by the Midlands Organised Crime Team (MOTC), led by her former lover DI Dean Fitzpatrick.  As suspects are bumped off, it becomes a race against time for Helen to establish what happened and help protect Eva.

The second book to feature Lavery (I haven’t read the first but they seem to stand alone), this is well written and plausible, taking the time to build the relationships between the characters as they investigate the case, with each clue being hard fought for.  I liked DCI Lavery a lot, a resourceful, strong, flawed and complicated widowed mother to two teen boys, who manages to juggle family life and a tough job in a believable way.  Succumbing to the charms of her ex-lover, whilst dealing with her eldest sons own forays into carnal knowledge, adds another dimension to her and Isaac handles the character superbly well.  In fact, characterisation is a strong suit of the book across the board (especially Chilli Franks, the local crime boss who has a long-standing with the Lavery family) though it took me a while to warm to Eva, who effectively leaves her friend in the lurch even after she’s witnessed the attack.  Set in a Hamptonshire (a barely disguised Northamptonshire) but taking in locations across the Midlands and Scottish Highlands, this does well to create a sense of place and the town is well used, especially the rabbit warren.

The book has a good pace and a tight central mystery with a couple of nice twists and turns.  A smart mix of police procedural and psychological thriller, this works very well though I felt that a bit too much of the action in the climax took place ‘off-stage’.  Having said that, I’m very much looking forward to reading more of DCI Lavery’s adventures and would highly recommend this.

Jane's website can be found at this link and she's also on Twitter here
Posted by Mark West at 09:00:00