Woman Walks Into A Bar, by Rowan Coleman

My friend Rowan Coleman, who writes excellent Chick-Lit novels (and a couple of YA horror short novels), wants to raise £10,000 for Refuge by donating 100% of her royalties from her short novel "Woman Walks into a Bar". 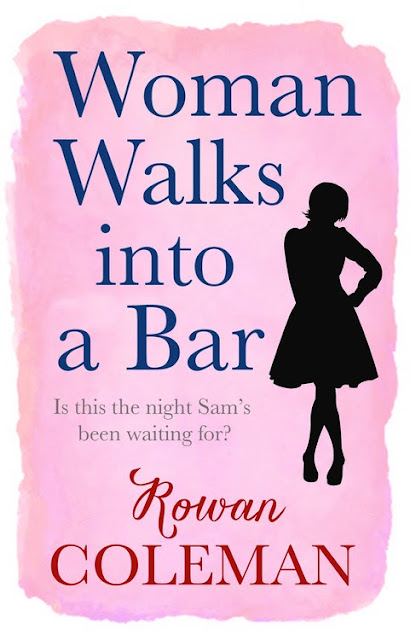 This is the press release.

WOULD YOU LIKE TO #SUPPORTAFRIEND AND HELP US TO RAISE £10,000 FOR REFUGE*
*no running or bungee jumping involved, just a great read!

On 10th September 2013, author Rowan Coleman is inviting women everywhere to #supportafriend and get involved in her mission to raise £10,000 for Refuge.

On this date Rowan will release her novella WOMAN WALKS INTO A BAR as an eBook and 100% of her royalties will go to the charity Refuge.

All readers have to do is to download WOMAN WALKS INTO A BAR from Amazon … and encourage as many women as they can to do the same. Simple!

When Rowan Coleman began work on her tenth novel she asked her 1500 Facebook fans if they would be willing to share their personal experiences of domestic abuse. She was shocked to discover 204 emails waiting in her inbox the following day.

So began the process of writing DEAREST ROSE, featuring a character inspired by the women Rowan spoke to. Rose, with the help of her friends, gradually finds the strength and courage to escape an abusive marriage along with her seven-year-old daughter.

To support publication and to spread the word Rowan is launching a campaign, #supportafriend, on Twitter and Facebook, encouraging women everywhere to tell us how they will support a friend on September 10th.If there’s one thing women do well, it’s friendship. Whether they bake a stressed-out work colleague a cake, give a long-distance friend a call to see how they are, or help a mum with a buggy off the bus, we’re asking the public to tweet their ideas and pictures, on the day, and to get involved with competitions and giveaways.

As a member of the press, you are in a unique position to help Rowan spread the word about #supportafriend and to encourage as many of us as possible to buy WOMAN WALKS INTO A BAR. We’d love you to review the book on your blog, on Amazon, on Goodreads and do anything else you can think of to help to raise the profile of the event via social media!

We are encouraging everyone to use #supportafriend and #womanwalks to try to focus activity on sales of WOMAN WALKS INTO A BAR, which is the quickest way to raise money for Refuge.

And of course the easiest way for you to support the #supportafriend campaign is to buy the book…buy two!

WOMAN WALKS INTO A BAR by Rowan Coleman

Available for pre-order from Amazon — get yours today!

For a review copy please contact Laura West at digital@davidhigham.co.uk
Posted by Mark West at 09:00:00