In a new edition of the occasional series, I want to tell you about a book that I've read and loved, which I think adds to the horror genre and that I think you'll enjoy if you're a fan (especially if you were a teen in the 80s and love coming-of-age tales!). 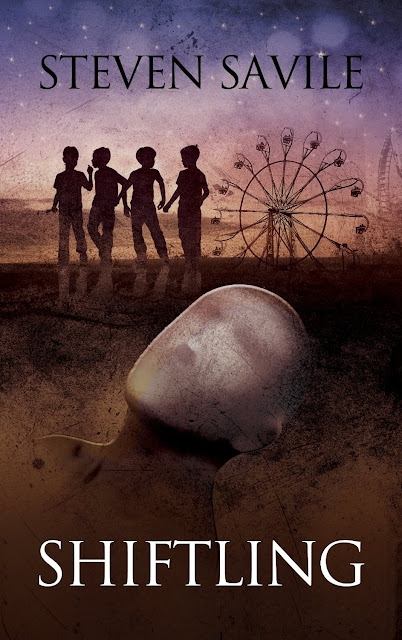 One summer in 1985, the funfair came to the sleepy rural town of Ashthorpe, and with it the smells of hot dogs and candy floss, the allure of magicians and the Big Wheel, and the sounds of young girls giggling. But what promised to be the highlight of the season for a band of teenage boys soon turns to tragedy.

Years later, when Drew receives a mysterious phone call, he learns one of the most important lessons life has to teach: the past can never be forgotten.

For the past wears many faces, and some of them are drenched in blood.


In 1985 the funfair arrives in the sleepy town of Ashthorpe and what promises to be a great summer for a gang of teenaged boys quickly turns into one of menace and tragedy.  Years later, one of the boys - Drew - is called back to the town and realises that the past can never be forgotten - ‘for the past wears many faces and some of them are drenched in blood’.

One of my favourite types of story is the coming-of-age tale and, with this, Savile (who, I should mention, I am friends with) has crafted one that works perfectly as a paean to the innocent loves and strong friendships of youth, whilst also examining how those states change as we get older.

The cast of characters is relatively small - everything is told from Drew’s point of view - but all of them are clearly defined, even if it’s something as simple as a kid having freckles and red hair.  Scotty was Drew’s best friend back in the day and it was those two that ventured onto The Batters (the town waste-ground), trying to find out where Old Man Harrison was dumping the dead cats and, instead, finding something much, much worse.  With some impressive set-pieces, not least a kid called Spider on a big wheel and an ending that takes place in what appears to be Mrs Bates’ cellar, this has a pace and craft that literally pulls you along.  As a respite from the story - it’s split between past and present day, with Drew also being interviewed by the police - he finally gets a chance with Rachel Corcoran, his unrequited love from his teens who now appears to be as damaged as he is and their tender moments are touchingly written.  At one point she calls him “love” in a throwaway moment and there’s a wonderful passage where Drew imagines his teenaged self hearing it and I knew just how he felt, Savile had captured it perfectly.

In addition, nostalgia is used wonderfully - and since Savile & I are the same age, our cultural reference points are the same - and builds a real sense of safety and comfort around the characters.  In the 80s, who didn’t try to raise money by cleaning cars, who didn’t know the dance to Prince Charming or understand Blakes Seven and - around Rothwell, at least - who didn’t get called “you pilchard!” when they’d done something stupid.  But all of this is just masking the fact that things are going to get very bad indeed and it’s nice to see the personification of that evil, the Shiftling of the title, being so well realised (is it really there?) with as much of its presence and physicality not told as is explained.

A cracking story, told with great skill and affection, this is highly recommended.

The ebook is available from Amazon UK and Amazon US
Posted by Mark West at 09:00:00