Thirty-five years ago, to promote their new album, INXS released one of my favourites of their songs, the excellent Burn For You. 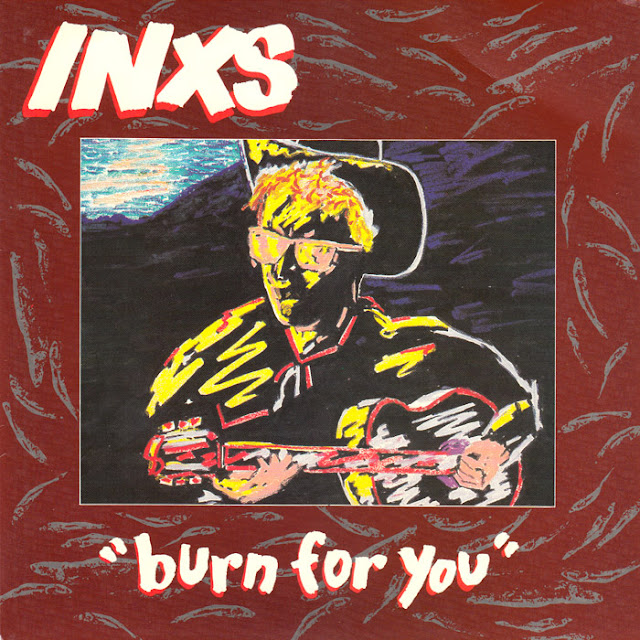 The third of four singles from the album (following Original Sin, in December 1983, I Send A Message in March 1984 and before Dancing On The Jetty in October 1984), it peaked at number 3 on the Australian chart and 29 on the NZ chart.

The song was also notable in that it saw the start of the band's ongoing - and very productive - relationship with film director Richard Lowenstein.  Michael Hutchence had been the first to notice his work, after being impressed by the Talking To A Stranger video Lowenstein had made for Hunters and Collectors and was keen for the director to work with INXS.

Chris Murphy set up a meeting with the band, who were then on tour in north Queensland and Lowenstein, who was getting ready to go to the Cannes Film Festival, flew up specially from Melbourne with his small crew.  They met poolside "at a hotel in a surf town" and Lowenstein was convinced he’d made a mistake.  “I came face to face under the sun with six bronzed males and their girlfriends, wearing Hawaiian shirts and board shorts,” he told The Independent.  “The most effusive of these males stood up and loped over, shaking our hands with an eager puppy-dog gleam and a smile to die for. He said his name was Michael.”  He told Anthony Bozza, in INXS: Story to Story, that Michael “was so gracious and nothing at all that I expected”.  Very different in looks, the two men quickly realised they were on the same wavelength and the meeting marked the start of a lifelong friendship.  “We immediately started talking about what we could do for [Burn For You],” Lowenstein told Bozza, “[and] I found out right away that he and I did see things alike.”

The video, shot over the course of a week, is a clever mixture of live concert footage, some arty running about in trees and wonderful behind-the-scenes footage, capturing the band and their friends clearly enjoying themselves and each others company.  Filmed in four steadily larger towns (all marked on screen), from Mackay in to , it also benefits from what would become an INXS/Lowenstein signature, namely key animation from Lynn-Maree Milburn.

I really like the video, it feels warmly nostalgic, it’s nice to see the band on the cusp of becoming big and it’s great to see in the early 80s - there’s footage from a concert at the Astoria Theatre on , which was demolished in early 2009.

Andrew Farriss wrote, on the INXS Anthology Liner Notes: "This was one of the earlier songs Michael and I had written for The Swing. The chorus was pure pop, and Kirk's acoustic guitar part gave the track a different sound from the rest of the album. Up to this point we had used very little acoustic guitar in our recording. Backing vocal harmonies on the chorus were helped by our friend Jenny Morris, who was later to tour with us on the following album, Listen Like Thieves."

Burn For You went on to win Countdown Awards for "Best Group Performance In A Video" and "Best Promotional Video". 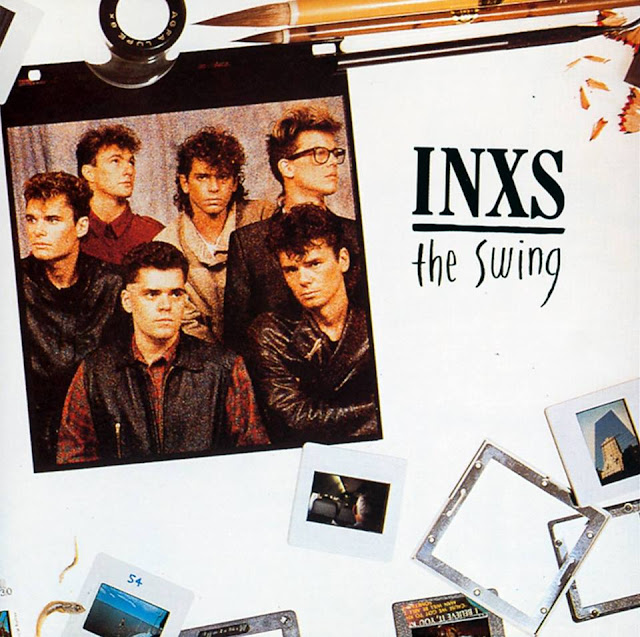 The Swing was released in April 1984 and became the band’s first number one album on the Australian charts.  It was produced by Nick Launay (except Original Sin, which Nile Rodgers produced) and recorded at The Manor Studio in Oxfordshire during December 1983 with later sessions at Rhinoceros Studios in Sydney (Original Sin was recorded at The Power Station in New York during September 1983).  It reached number one on the Australian chart, number 27 in Canada, 37 in the Netherlands, 6 in New Zealand and 52 in the US.  I wrote about Original Sin, the breakout success of The Swing, here on its 30th anniversary. 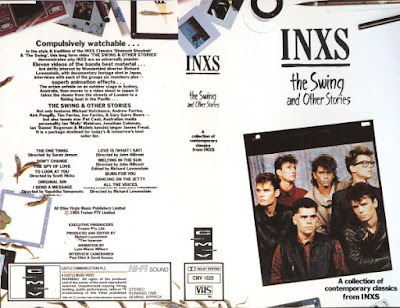 The album yielded seven videos, which were later released on VHS as The Swing And Other Stories.

Original Sin and I Send A Message were both directed by Yasuhiko Yamamoto and filmed in Tokyo, the latter at the Buddhist temple in Main Old City Park.

Burn for You, Dancing on the Jetty and All The Voices were directed by Richard Lowenstein (the latter included footage from his film Strikebound).

Melting In The Sun and Love Is (What I Say) were directed by John Hillcoat.

The song was included as part of INXS' set for the Australian Made tour, the same-name concert film of which was directed by Richard Lowenstein.  This footage was taken from the performance at Endeavour Park, Syndey, on 24th January 1987.