In a new edition of the occasional series, I want to tell you about a book I've read and really enjoyed.  This summer, I'm planning to write a dark psychological thriller and I'm reading more and more in that genre at the moment. 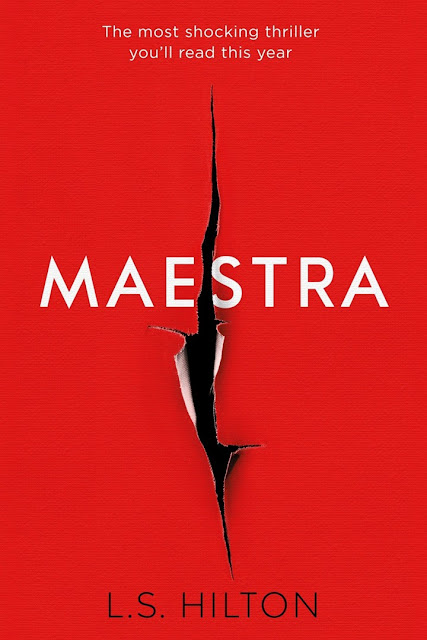 By day, Judith Rashleigh is a put-upon assistant at a London auction house - British Pictures

By night she's a hostess in one of the capital's unsavoury bars.

Desperate to make something of herself, Judith knows she has to play the game. She's learned to dress, speak and act in the interests of men. She's learned to be a good girl. But after uncovering a dark secret at the heart of the art world, Judith is fired and her dreams of a better life are torn apart.

So she turns to a long-neglected friend.

A friend that kept her chin up and back straight through every past slight.

A friend that a good girl like her shouldn't have: Rage.

Where do you go when you've gone too far?

Judith Rashleigh, through hard work and natural intelligence rather than family connections, works at British Pictures, one of London’s most prestigious auction houses.  Unfortunately, it’s not the big break she’d hoped for, as she spends her time taking her boss’ dirty laundry to the dry cleaners and fending off advances from ageing sellers.  Heavily in debt, a chance encounter with an old school friend introduces her to work as a hostess at a club in Mayfair where she excels in the role.  Very soon, she’s off with a client to the South of France and then things start to spiral out of control.

The novel is broken into four parts (plus an epilogue) and Judith (or Lauren, as she becomes known) certainly gets about.  Set in London (part one), France and Italy (parts two and three), Paris (part four) and Venice (the epilogue), this makes excellent use of the locations and they’re well described, Paris especially (it perhaps helps that I know the area the book is set in).  For me, only the second part doesn’t work, a self-indulgent section where Judith meets an almost-autistic multi-millionaire and spends a month on his private yacht, forty one pages that could have been encapsulated in one line - “worked our way down the coast, didn’t talk much, shagged the captain and stole something that was never explained”.

Smart and assured, Judith is an observant character with a good eye for the finer things in life (art and fashion) who enjoys indulging in sensual pleasures (with men and women) and describes her clothing and accessories in detail (a trait I thought worked well).  She’s also a somewhat unreliable narrator who appears to start the book as Lauren Slaughter from Paul Theroux’s Dr Slaughter and morphs into Matty Walker from Body Heat part way through (with touches of Catherine Tramell from Basic Instinct) but always works the angle and tries to keep the upper hand.  In fact, I found I was rooting for her even when she was at her worst (and that happens on a couple of occasions) - apparently this is the first in a planned trilogy and it’ll be interesting to see where she goes next.

Sold as “the most shocking thriller you’ll read all year” I didn’t find it that bad at all - though I’m obviously coming at it from a horror reader viewpoint.  The sex is explicit certainly but generally good fun and the violence is brutal and unflinching but never played for gore’s sake - I can see that people might find it offensive but if they do, they shouldn’t really have picked this up in the first place.

Tightly constructed, with everything layering in nicely as the novel progresses, this has a decent pace (the second section aside).  With a sure sense of the art world, peopled with believable (if occasionally grotesque) characters and built around a strong femme fatale lead, I enjoyed this and would recommend it.