Pendragon Press has now published the ebook of "The Lost Film Novellas" by Stephen Bacon and me, following the successful launch of the limited edition paperback at FantasyCon in October 2015. 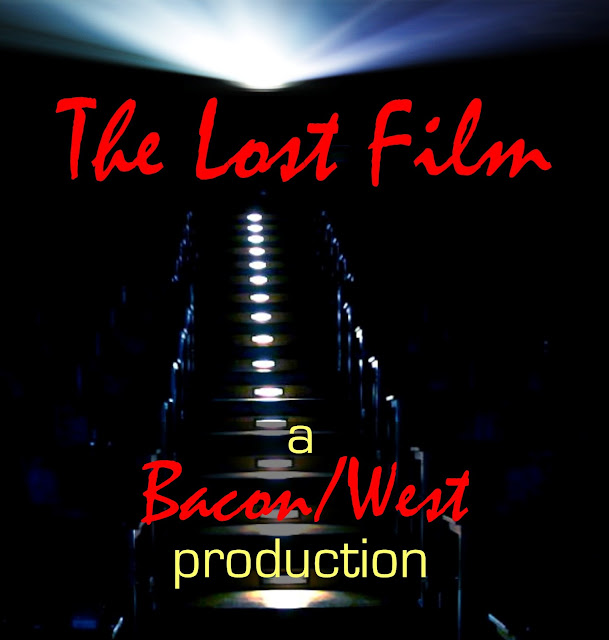 "The Lost Film"
by Mark West
Gabriel Bird is a private detective. He’s been hired to track down Roger Sinclair, an exploitation film-maker who disappeared in 1976, having just completed his last film. Long since lost, “Terrafly” was reputed to have an adverse, often fatal effect on those who watched it. Sinclair’s producing partner, Sorrell Eve, is concerned that the film is about to appear online and wants to make sure it stays lost forever.
As Bird closes in on his target, strange incidents begin to happen to those around him and when he’s offered the chance to watch a clip of “Terrafly”, things turn very dark indeed.
A modern detective story, filled with rich detail of the low-budget heyday of British exploitation films, this will ‘pull you into a dark cinematic nightmare’.
“An impressive, imaginative flight of fancy. Mark West has cunningly woven the exploitation movie industry of the 70s that I experienced into a bizarre private eye yarn and thrown in sex, the supernatural and more besides. It hooked me from the first page to the final, mind-bending fade-out”
- David McGillivray,
screenwriter of "House of Whipcord", "Frightmare", "House Of Mortal Sin" and "Satan's Slave"
"Lights, camera, action...Mark's West's lost film novella will grab your soul by the sprocket holes, pull you into a dark cinematic nightmare, and then re-edit the way you look at the world. Experience it at your peril."
- Gary McMahon,
author of “Pretty Little Dead Things”

Steve & I have been working on the project since 2010 (I wrote a bit about the origins of it in a blog post at the time) and the paperback features a lengthy, exclusive afterword.  Steve & I also talked about the writing process at the launch and gave readings.

note: There were some formatting and typo issues with the text in the paperback edition, which have been rectified for the ebook.
Posted by Mark West at 09:00:00