Guardians Of The Dead, by S. L. Wilson (a review)

In a new edition of the occasional series (though this isn't a horror novel, even if it does have some gruesome moments), I want to tell you about a book that I've read and really enjoyed. 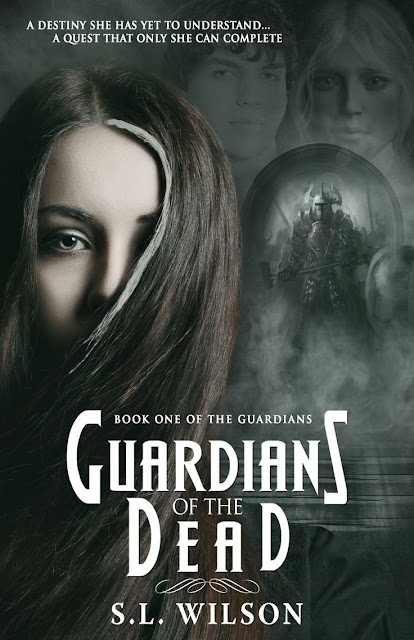 When sixteen-year-old Amber Noble’s dreams begin to weave into her reality, she turns to the mysterious Connor for help. His links to the supernatural world uncover a chilling truth about her hometown and a pact that must be re-paid with blood.

As her father alienates her, and the Guardians take her best friend, her true destiny unfolds, and she begins a quest that well see her past collide with her present.

Drawn deeper into the world of witchcraft and faeries, it is only at the end of her journey that she realises how much she could lose.

Sixteen-year-old Amber Noble lives in Hills Heath, a town with an abandoned church at its centre and a strange, often bloody, history.  When Amber’s dreams become premonitions, she seeks help at the town magic shop, run by India and her handsome nephew Connor, discovering her true nature and the pact that holds Hills Heath to a bloody ransom.  Alienated by her father, her best friend kidnapped, Amber is drawn deep into the world of witchcraft and faeries as she tries to save them both.

I think this is the first YA fantasy I’ve read - generally, fantasy isn’t my thing - and I really enjoyed it.  The characters are vivid and Amber makes a likeable heroine, struggling with her changing feelings as well as the fact that her life might not quite be as straightforward as she’d imagined.  Her burgeoning relationship with Connor is well observed and believable and when another character later comes between them, the tension is well handled.  The plotting is precise and thorough - from the Guardians who have the blood-pact to keep out the demons, to the lands of Phelan and Avaveil and those people who inhabit both - and it runs at a good pace, especially in the climax which is a real page-turner.  The ending works for the book, though leaving plenty of threads hanging for the sequels and I’m very much looking forward to reading them too.

Great fun, spooky in parts and gruesome when it needs to be, I’d recommend this.