Although I do occasionally, I’m not in the habit of posting reviews here simply because I read a lot of books and I wouldn’t want this whole timeline to be filled with them (so instead I review everything at Goodreads and occasionally on Amazon). I’m quite a tough reviewer, I think - I have 268 reviews posted at Goodreads and my average score is 3.55/5 - so when I find a book that I consider to be 5 Stars, I like to let people know about this.

This is one such exception. 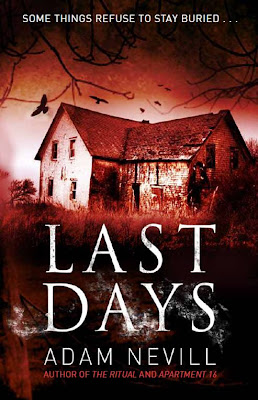 From the blurb:
When indie filmmaker, Kyle Freeman is offered a deal to make a documentary about a notorious cult, an opportunity to avoid both bankruptcy and obscurity is finally on the Table.

Led by the infamous sister Katherine, the Temple of The Last Days reached it's bloody endgame in the Arizona desert in 1975. Ever since, rumour and speculation about the group's mystical secrets and paranormal experiences have lain half-concealed behind a legacy of murder, sexual deviancy and imprisonment.

The shoot's locations take Kyle and his one man crew to the cult's original bases in London, France and finally to the desert crime scene where the cult self-destructed in a night of ritualistic violence. But when Kyle interviews the remaining survivors, who haven't broken silence in decades, a series of uncanny events and unexplained phenomena plague the production. And what exactly is it they are managing to record in any place the Temple once resided?

Troubling out-of-body experiences and nocturnal visitations, the sudden demise of their interviewees and the discovery of ghastly artefacts soon pitches Kyle into unnerving realisation that he is entangled in the cult's hideous vestiges.

- - -
It’s a fantastic book, it really is and this is the review I posted:

Kyle Freeman is an almost-bankrupt independent documentary film-maker. When he’s hired by Max Solomon, distributor of self-help DVDs, to make a film about a notoriuous cult - The Temple Of The Last Days - he quickly agrees. Max has set up the schedule, is paying well and offering full creative freedom and to Kyle and his sidekick Dan, this sounds like the perfect job - until they start filming and things begin to go very, very wrong.

The fourth novel from Adam Nevill, this is an absolute powerhouse of a book that grips from the first page and almost refuses to let go at the last. Taking tropes and ideas that I love - indie film-makers, documentaries, the 70s milieu, the past wreaking havoc on the present - Nevill takes his basic idea and ramps up the suspense from the first set-piece (a house in London where the image of something is captured in an abandoned video camera) right through to the climax, which recalled - for me -shades of Damnation Game-era Clive Barker.

Using a meticulously created history, from Irvine Levine’s book “Last Days”, through to the (absolutely terrifying) Blood Friends and the awful Unholy Swine, this is never less than gripping reading and managed to keep even this jaded reader on the edge of his seat. It's a fantastic novel - I’d suggest it’s a modern masterwork of the genre - and I can’t recommend this highly enough. If you love horror, if you love beautifully crafted novels where tension and suspense are steadily ratcheted up until you’re racing through the pages, then this is the book for you.

- - -
I also “found” a cover for the Irvine Levine book of “Last Days” and, with Adam’s permission, posted it to Facebook (as did he). It was removed by the powers-that-be (and I was escorted to a lecture about the perils of posting pornography), so that didn't work out so well. 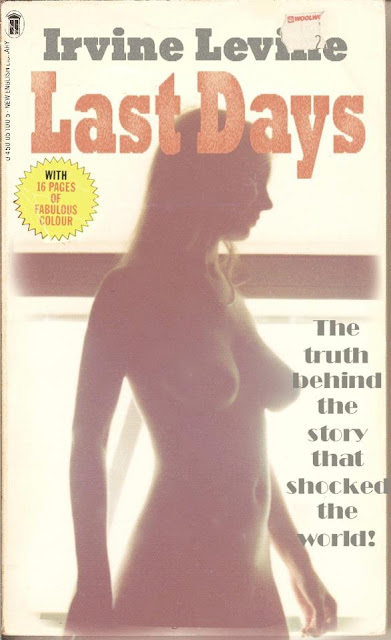