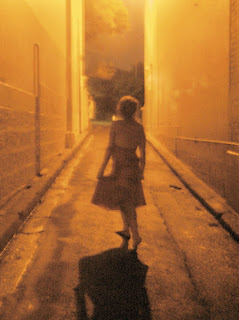 “Mr Huxton Goes Camping” didn’t make it into the market that it was written for, unfortunately, but I haven’t let that stop me and I’ve sent it off elsewhere. Fingers crossed it finds a nice home very soon. However, there is good news on the writing front (and no, it’s not “david & the clowns”, which is still ‘coming along’).

Gary Fry, of Grey Friar Press, sent out an invite a couple of weeks back, asking for stories about place. I wasn’t sure exactly what was needed, so I sent him an older story of mine to see if that fitted with the theme, which would give me an idea of what I needed to write. Long story short, he loved the older piece and so that’ll appear in a print anthology later this year - more news as I get it.

For those interested, I wrote the original story back in 1999 and dedicated it to a friends daughter, who’d just been born. The story is “The City In The Rain”, which Alison calls it my slut-tale - it’s been around a bit, but it still has plenty of life left in it yet. It’s first print appearance was in the Best Of Horrorfind, edited by Brian Keene, having been one of the first stories published on that site. Gene O’Neill also had a story in the collection, read mine and liked it so much that he wrote me a lovely letter and then gave me a blurb for my collection. Which is where the story subsequently appeared.