The Screaming Dead, by Peter Mark May & Richard Farren Barber

As their new novel, The Screaming Dead, is launched, I hand over the blog to a guest post with a difference from my old partners-in-crime Richard Farren Barber and Peter Mark May. 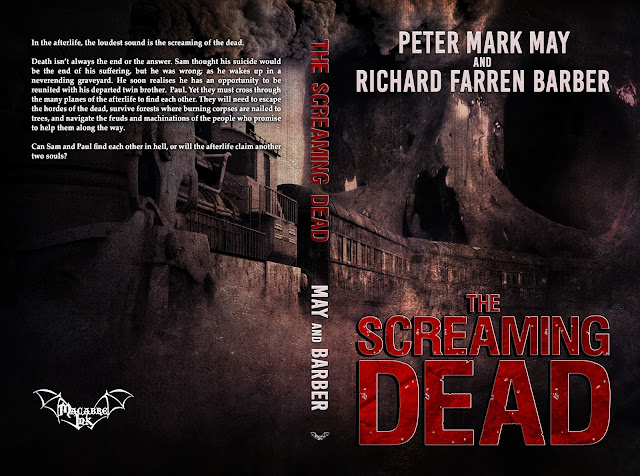 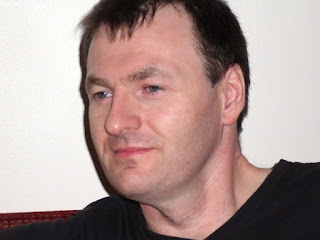 Richard Farren Barber was born in Nottingham in July 1970. After studying in London he returned to the East Midlands. He lives with his wife and son and works as a manager for a local university.
He has over 80 short stories in publications including: Alt-Dead, Alt-Zombie, DarkFuse, ePocalypse – Tales from the End, Fever Dreams, Horror D’Oeuvres, Murky Depths, Midnight Echo, Midnight Street, Morpheus Tales,  Night Terrors II, Siblings, The House of Horror, Trembles, When Red Snow Melts, and broadcast on Tales to Terrify, Pseudopod, and The Wicked Library.

Richard has six novellas published: The Power of Nothing, The Sleeping Dead, Odette, Perfect Darkness, Perfect Silence, Closer Still (which I wrote about here), and All Hell.  His debut novel The Living and the Lost was published in 2019.
Follow him on Twitter and Facebook.
His website can be found here www.richardfarrenbarber.co.uk 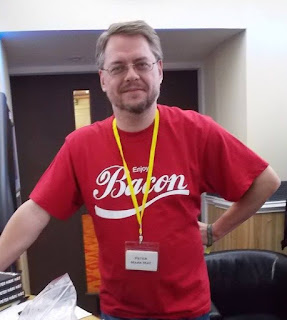 Peter Mark May is the author of nine horror novels and one novella Demon, Kumiho, Inheritance (written as P. M. May), Dark Waters (novella), Hedge End, AZ: Anno Zombie, Something More Than Night, Forky’s House, The End of All Flesh Book 1: The Flood in 2019 and The End of All Flesh: Book 2: The Red Death in 2020.
He’s had short stories published in genre Canadian & US magazines and UK & US horror anthologies such as Creature Feature, Watch, the British Fantasy Society’s 40th Anniversary anthology Full Fathom Forty, Alt-Zombie, Fogbound From 5, Nightfalls, Demons & Devilry, Miseria’s Chorale, The Bestiarum Vocabulum, Phobophobias, Kneeling in the Silver Light, Demonology and Tales From the Lake Volume 5.
He also writes historical crime under the name Alexander Arrowsmith, his first two a series of novels - The Athens Atrocities and The Medousa Murders - published in 2019.
He also runs Hersham Horror Books and has published 30 books so far.
His website can be found here http://petermarkmay.weebly.com/
Posted by Mark West at 09:00:00