Forty years ago, INXS released their second single to help promote their debut album in October 1980. 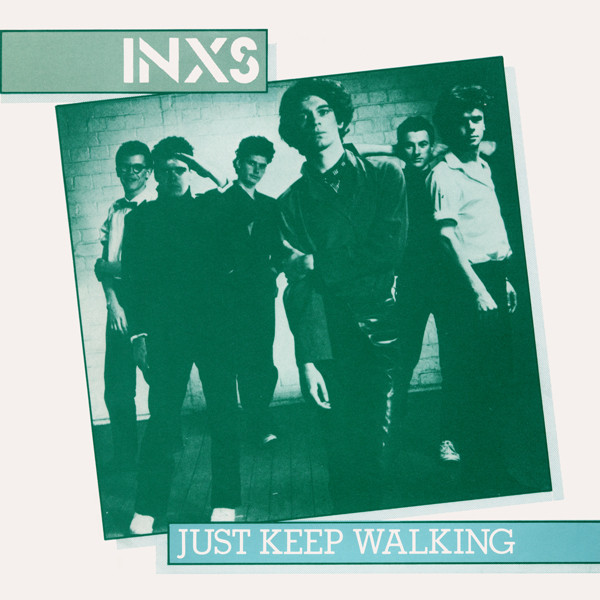 Just Keep Walking was written by the band as a whole (a credit tactic their manager Chris Murphy suggested), backed with Scratch and released in Australia and New Zealand in October 1980 and in the UK, by RCA, in May 1981.  It was the only single release from the album and would eventually go gold (selling over 35,000 units) though it took a good few years to do so.

The band had released their first single, Simple Simon/We Are The Vegetables, in May 1980 and performed it live on an afternoon kids show called Simon Townsend's Wonder World (their first TV appearance).  Just Keep Walking, their second single, became something of a pub anthem locally and also broke into the Australian Top 40 (peaking at number 38), leading to them appearing on Countdown for the first time.

The video was directed by Gary Page, a friend of Michael Hutchence's and shot in one day in September in a warehouse in Sydney, on a budget of "about A$1,200" (according to Kirk Pengilly, introducing it on the I'm Only Looking DVD).  The plastic floor and wall concept was designed by Hutchence (according to Pengilly) to represent a "room within a room".

Andrew Farriss wrote, on the INXS Anthology Liner Notes: "The song lyrics were about life on the road and the pubs: Green grass fields and earth, broken bottles bricks and dirt. By the time we started recording our first album, I had written the lyrics already and showed them to Michael. He liked the line:  Clever words on smooth tongue talking, shove it brother, just keep walking. We knew it would connect with the workers and drinking mob in the pubs."

Tim Farriss told journalist David McGee in June 1983 that the lyric Shove it, brother/Just keep walking "sort of summed up our attitude. We took on an 'angry young man' status because we were working our guts out and still starving." 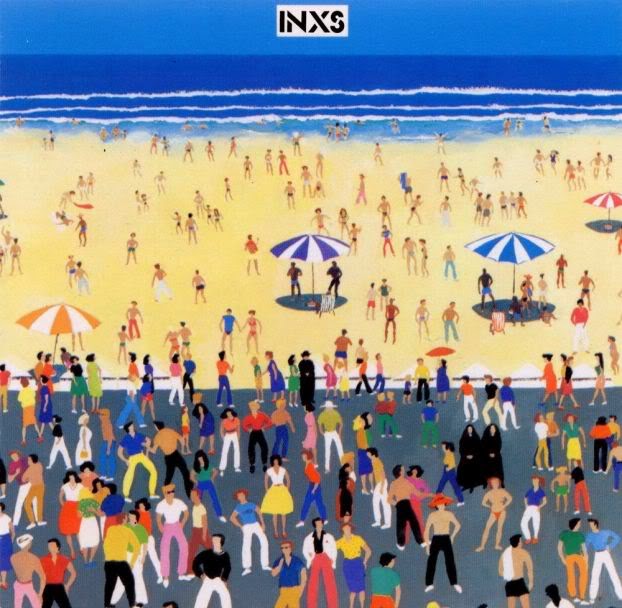 INXS was released in Australia on 13 October 1980.  Recorded at Trafalgar Studios in Annandale, Sydney, it was co-produced by the band and Duncan McGuire and because of the low budget (Deluxe Records gave them $10,000 to make the whole album), they had to record between midnight and dawn (often after playing live shows earlier in the evening).

I like the album, though it's a very different sound to the one that would make INXS a world-beating group.  Alison isn't so keen on its New Wave-ska-pop style and she's not alone...


I'm not a great fan of the first album. It's naïve and kinda cute, almost. It's these young guys struggling for a sound. All I can hear is what was going to happen later and it's probably an interesting album because of that. Just Keep Walking was the first time we thought we'd written a song. And that became an anthem around town. It's funny, I remember kids in pubs saying it and hearing it on the radio the first time. We'd never heard that before.
- Michael Hutchence