Following Chris Teague's decision to close Pendragon Press (a fine outfit that published some great works), my  BFS-award nominated novella Drive was out-of-print and homeless.  Thankfully, that situation has now been rectified by those fine folks at Near To The Knuckle (an imprint of Gritfiction Ltd), who have republished it with spanking new cover art. 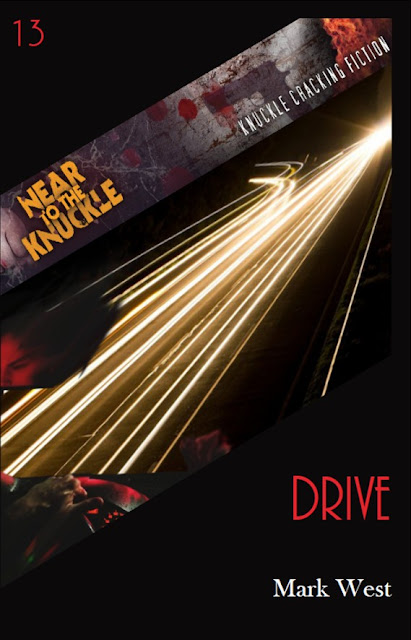 This all came about because of Paul D. Brazill who not only gave me a great blurb for the original edition but also mentioned me to Craig Douglas at NTTK.  I'm doubly thrilled because this not only means Drive gets another chance to hit the road, it's with a publisher I'm pleased to be associated with.


David Moore has one night left in Gaffney and is at a party he doesn’t want to attend. Natasha Turner, at the same party, is lost for a lift home.

Drive is a 25,000 words novella, originally published by Pendragon Press in 2014 and nominated for the British Fantasy Society Best Novella Award 2015.
Peter Tennant, at Black Static, also included "Drive" in his annual 'Best In Class' round-up 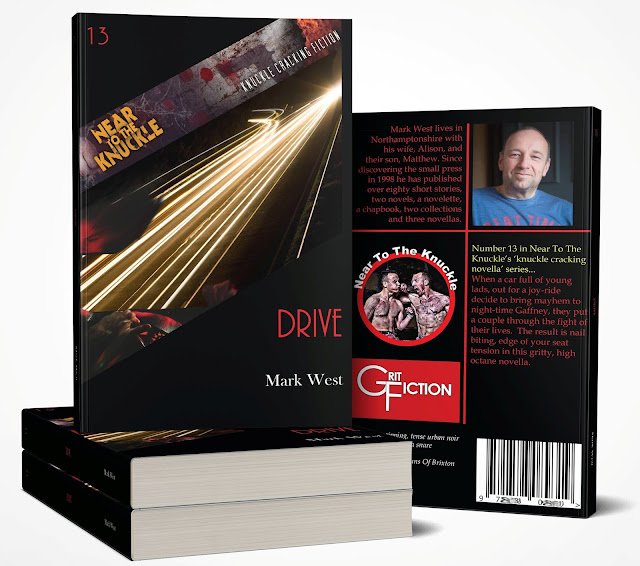 What others had to say about it...

James Everington, at Scattershot reviews
Mark West’s latest novella is in some ways a departure from the author’s previous work; there’s none of the supernatural horror of The Mill here. But despite its realism there are scares aplenty in Drive and its small-town English realism adds to the effect.
(the full review can be read here)
Paula Limbaugh, at Horror Novel Reviews
YES!!  A new novella by Mark West!  Okay, just to get it out of the way I’m a big fan of Mark West.  He has a way of plotting the course and leading you down the dark and twisted corridors of his mind.  Drive is another example of a top-notch tale.  Have you ever been out alone in the middle of nowhere driving?  Have you ever thought what if?  What if someone forced you off the road, what if you have a flat and a car full of men pull up, or  what if…..
(the full review can be read here)

David Price, at Amazon
Mark West really cranks up the tension by making the hero a less-than-heroic figure who is, in effect, as helpless and terrified as 'anyone' would be in this situation. Belting along in real time, it is a hard book to put down and you might just find yourself with sweaty palms when you do. The day of the novella has come and thrillers like Drive can only enhance its popularity. A great read.
(read the full review here)