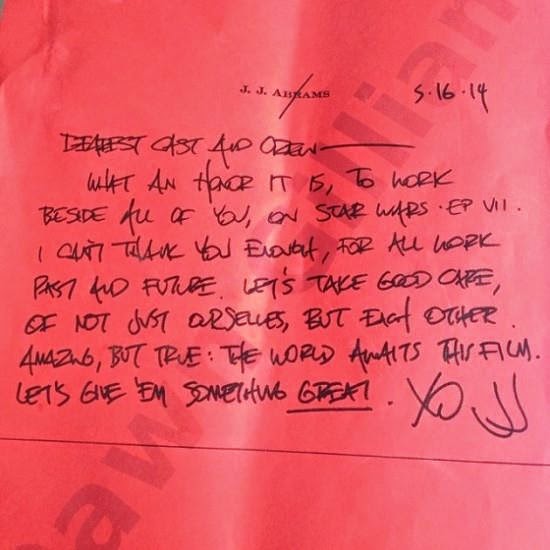 This note appeared on the Internet earlier in the week (though it's dated as last Friday), written by JJ Abrams and sent to the cast and crew of "Star Wars Episode 7" (I blogged about them here).

In a strange coincidence, the night before last saw me lying in bed, re-reading an old Cinefex magazine about "The Phantom Menace".  There was an interview with George Lucas to open the coverage and it mentioned that the prequel was due to appear sixteen years after "Return Of The Jedi" was initially released.  I thought about it and realised that Episode 7 will appear sixteen years after "The Phantom Menace" debuted, to a lot of scorn but huge box office.

Let's think about this for a moment.

In 2015, we will get to see "Episode 7" at the cinemas and, as I've said before, I'm guardedly optimistic about it, though I'm really looking forward to taking Dude to see a "Star Wars" film at the cinema.

Sixteen years before that, in 1999, I went to see "The Phantom Menace", even though I'd heard mostly negative things about it and I think it's fair to say that I was quite disappointed.  I loved Darth Maul (though he wasn't used anywhere near enough), the double-ended lightsaber was cool but the rest of it wasn't so great.

Sixteen years before that, in 1983, I went to see "Return Of The Jedi" (which I blogged extensively about here) and really enjoyed it.

Where did that time go?  I remember, in the early 90s as the "Star Wars" legend died down somewhat, thinking that the original trilogy would fade into obscurity and I would be one of the few fans left (it seems stupid now, I agree, but this was before the Internet made me aware of how huge the international fandom was).  I remember the build-up to the Special Editions - and I remember going to the cinema to watch them and loving the experience - and I remember the build-up to "The Phantom Menace", but in my head the gulf between the end of the original trilogy and the start of the prequels feels much further. 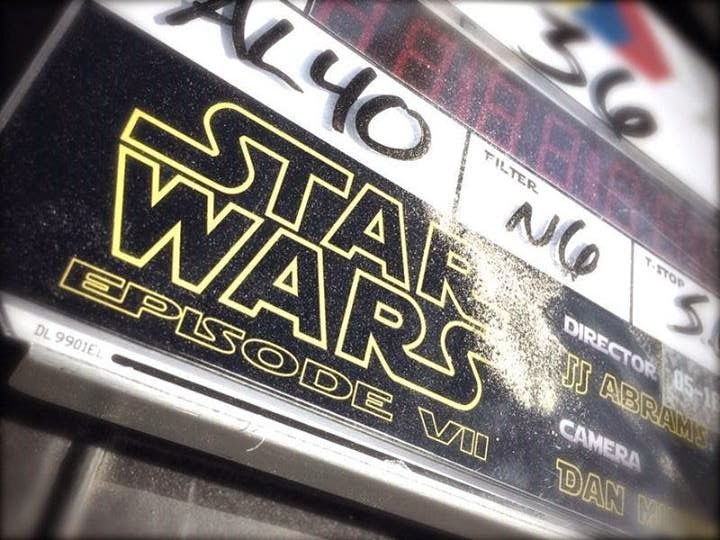