The Unquiet House, by Alison Littlewood 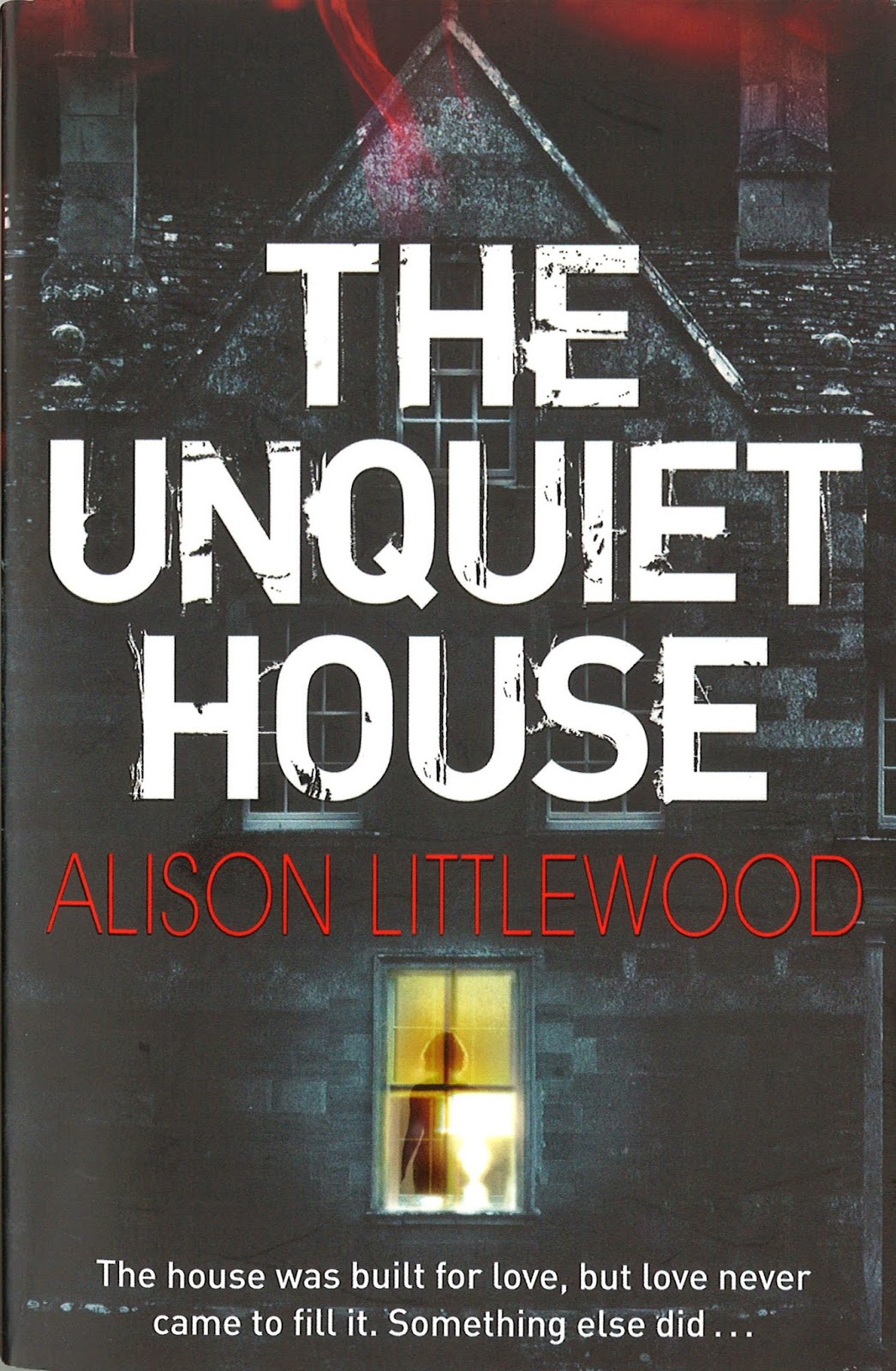 Mire House is dreary, dark, cold and infested with midges. But when Emma Dean inherits it from a distant relation, she immediately feels a sense of belonging.

It isn’t long before Charlie Mitchell, grandson of the original owner, appears claiming that he wants to seek out his family. But Emma suspects he’s more interested in the house than his long-lost relations.
And when she starts seeing ghostly figures, Emma begins to wonder: is Charlie trying to scare her away, or are there darker secrets lurking in the corners of Mire House?


The house was built for love, but love never came to fill it.  Something else did...

The book opens with Emma, who has just lost both of her parents and inherited Mire House from an uncle - Clarence Mitchell - she never knew.  Bereft and alone, she embraces the challenge of setting up a new house, seeing it as a way to escape the past and start again.  Occasionally prone to light flights of fantasy - she remembers her Mum saying “You’re being fanciful, Emma” - she is disturbed to find an old suit and pipe in a cupboard in her bedroom, which always seem to be there, even after she’s thrown them away.  Mire House is next door to a rundown church and when she explores it, she meets Frank before going out to investigate the graveyard.  Under an old Yew tree, she finds a bench with an inscription - “My God, my God, why hast Thou forsaken me?  Matthew 27:46”  Then she hears voices and sees things in Mire House that she can’t explain and it seems as though something from the past might be reaching out to take her hand.

The book is told in four parts, with the bookends being the Emma sequences which are both set in 2013.  Part 2 - 1973 focusses on Frank Watts (the man from the church), who is 11.  Investigating Mire House, Frank meets Mr Owens, who lives there alone, sitting in the drawing room all day in his old suit, smoking a pipe as he mourns his lost wife.  Striking up an odd friendship, this is shattered when Franks friend Sam - who’s 12 and manipulative and sly - persuades him to steal something from the house, threatening Frank’s younger brother Mossy.  What happens after this is genuinely heartbreaking on several levels and I felt like I had a bit of dust in my eye.

“Part 3 - 1939 The Last Stook” is the story of Aggie, Frank’s Mum, who is 16 years old and living in the farm just up the road from Mire House.  There’s a tangible air of sadness to this section, for the doomed Mrs Hollingworth who is having Mire House built and also for Aggie’s brother and friends who are called up to the war that is just starting.  With the ‘second’ Mrs Hollingworth taking in evacuees - amongst them a very young Clarence Mitchell - Aggie begins to see a dark woman in the cemetery, under the Yew tree and this vision leads to another terrible, gut-wrenching conclusion.

The separate sections are vivid and full of life, easily standing as independent novellas and while this style works wonderfully for the book - and immerses the reader completely in the well-realised times - it’s also my one area to quibble, that we spend so long away from Emma (almost 300 pages) it takes a while to get back into her rhythm.  Having said that, part four works beautifully, setting up a painfully poignant note before moving swiftly and with complete assurance to an unexpected - and frightening - conclusion.

“The Unquiet House” is filled with writing that is assured and stylish, with barely a word wasted and long sequences take place without any dialogue, adding to the sense of unease and melancholy that the novel seems to exude.  With some nice touches - most of the dialogue is written as dialect, which is interesting - a keen sense of location and atmosphere - the house, the mire and the church are characters unto themselves - and a nicely deliberate pace that keeps you on the edge, this is told with verve by a writer spreading her wings and surely taking off for ever greater success.  Dark and spooky, with touches of humour and a knowing sense of family life and dynamics, this is an excellent novel and I highly recommend it.
Posted by Mark West at 16:12:00