Sometimes, you know, you have to pay attention or you miss so much...

When I wrote my 400th blog post, amongst my list of achievements I casually mentioned that I'd "done a signing at Forbidden Planet". 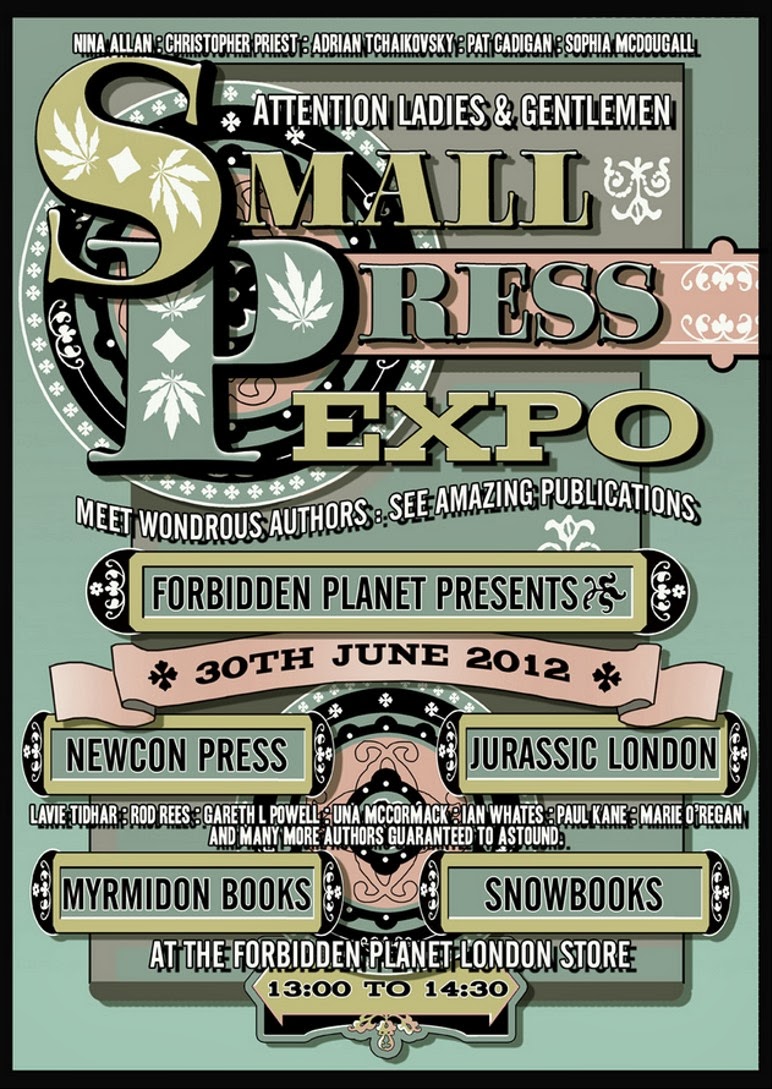 I had (and blogged about it here) because, as a contributor to the terrific "Hauntings" anthology (edited by Ian Whates and published by NewCon Press), we were part of the store's "Small Press Expo Day", as co-ordinated by Danie Ware (with poster design by Sarah Anne Langton).  I'll be perfectly honest, I was thrilled about the whole thing and am still chuffed to bits that I was able to participate.

I grew up in a small town some 60 miles north of London and childhood trips to the capital were infrequent.  If we did go, it was generally for a specific purpose (school trips, the zoo and on a tour in 1980 the bus driver took us past the Iranian embassy, which I thought was very exciting) and my travelling companions never listened to my wish to go to Forbidden Planet.  Even though I didn't visit the store until the mid-80s (when I went to London with friends), I knew all about it and I really, really wanted to spend hours wandering the (I imagined) miles of shelves containing all the books, magazines, models and toys that I was so eager to see.

So it was cool that I was there, it was even cooler that I was there signing, but mostly it was simply amazing to be surrounded by fellow creatives in this hub of genre appreciation in the city (we were in Shaftesbury Avenue, the current location, though the store was in High Holborn previously, which I'd first visited).
Danie Ware, who is a great writer as well as a Forbidden Planet stalwart, tweeted some old 'coming attractions' posters on Twitter yesterday and, once again, I was astounded by the situation I'd found myself in. 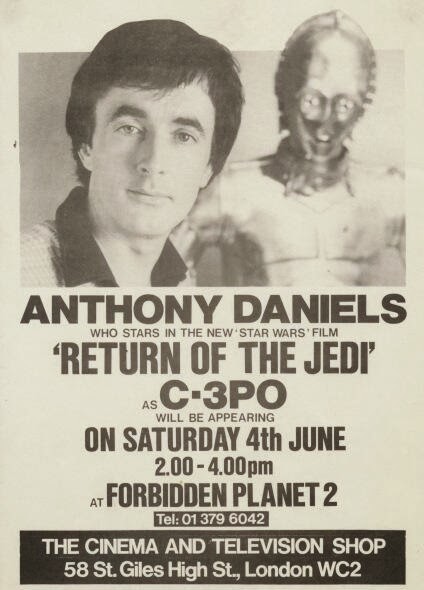 I'd signed at Forbidden Planet.  I was standing on the shoulders of giants (in a manner of speaking).  That Saturday afternoon in June 2012 had not only been a wonderful occasion in and of itself, but it was also another achievement for me and something my kid version - writing his stories and dreaming of the future - would never have dared to believe.
Posted by Mark West at 09:00:00