The Shelter, by James Everington

In this case - and contrary to other entries in this series - it's a book that was first published in 2011, so I'm coming to it late but I'm glad I have. 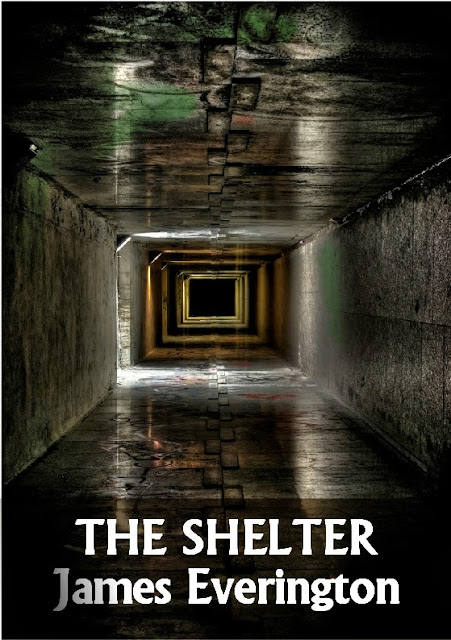 It’s a long, drowsy summer at the end of the 1980s, and Alan Dean and three of his friends cross the fields behind their village to look for a rumoured WW2 air raid shelter. Only half believing that it even exists beyond schoolboy gossip, the four boys nevertheless feel an odd tension and unease.

And when they do find the shelter, and go down inside it, the strange and horrifying events that follow will test their adolescent friendships to breaking point, and affect the rest of their lives...

During the long summer of 1989, thirteen year-old Alan Dean hung around with three friends - Mark, Tom and Duncan.  Mark was a charismatic bully, a bad seed who was used to getting what he wanted and when he suggested the four of them explore an old shelter, they all agreed.  At the same time, a local boy called Martin had gone missing and the newspapers are asking if a killer’s on the loose but once Alan and his friends find the shelter, they experience something strange and horrifying that will change all their lives forever.

I love coming-of-age tales and I love eighties nostalgia and so, as my introduction to the writing of James Everington, this couldn’t have gone much better at all.  Although he’s at the opposite end of the decade to me (in terms of points of reference), he perfectly evokes a long boring summer to the extent that the reader can almost feel the prickly heat and hear the flies buzzing and there’s nothing that knocks this illusion at all.  The characters are well drawn, though Alan - who narrates - is probably the only one most people will identify with - Tom and Duncan are herd animals, not quite smart enough to strike out on their own and instead happy to be the muscle, whilst Mark is almost chilling in his relentness need to be in control, though Everington spotlights his vulnerability well as the story progresses.  The peer pressure too is well evoked, with the other boys being two years old than Alan, so he goes along them with because he’s too scared not to, plus he likes the increased social status their comradeship gives him.

The shelter itself is a superb invention, very real and with a claustrophobic atmosphere that is almost tangible.  When Alan sees what he sees, we’re there on the ladder with him and equally desperate for release.

With an afterword that explains where the story came from, which is interesting in itself, this is an excellent novella.  It has good pace, believable characters, a nice use of location and a sureness in the telling that pulls the reader through.  A wonderful exploration of powerful, quiet horror, this is well worth a read and highly recommended.
Posted by Mark West at 14:47:00