In a new edition of the occasional series, I want to tell you about a book that I've read and loved, which I think adds to the horror genre (though in this case, it's not a horror novel per se) and that I think you'll enjoy if you're a fan. 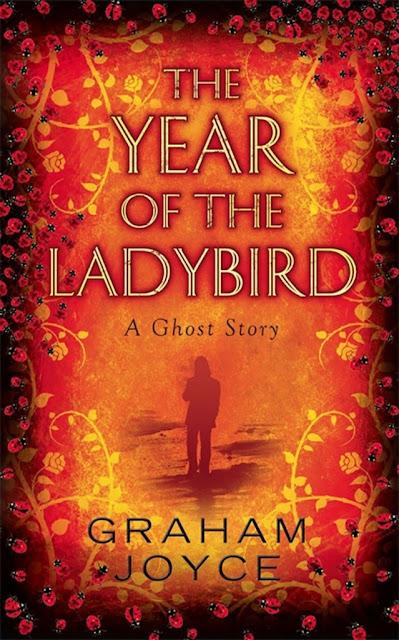 A ghost story with a difference from the WORLD FANTASY and multiple BRITISH FANTASY AWARD-winning author of SOME KIND OF FAIRY TALE.


It is the summer of 1976, the hottest since records began and a young man leaves behind his student days and learns how to grow up. A first job in a holiday camp beckons. But with political and racial tensions simmering under the cloudless summer skies there is not much fun to be had.

As with SOME KIND OF FAIRY TALE, Graham Joyce has crafted a deceptively simple tale of great power. With beautiful prose, wonderful characters and a perfect evocation of time and place, this is a novel that transcends the boundaries between the everyday and the supernatural while celebrating the power of both.


David Barwise is a 19 year old student who, against the better wishes of his Mum and step-dad, gets a summer job as a greencoat on a holiday camp in Skegness.  Set against the scorching summer of 1976 - and the subsequent ladybird invasion - David is led into two love affairs, one with the wife of an apparent monster, one with a lovely Yorkshire lass, as he tries to find his feet amongst the staff of the camp - some theatrical, some racist, some thuggish and some genuinely nice - and the ever present punters, adults and child alike.  He is not only there to escape from home, he’s also trying to find details about his long-since-dead father, the only photograph of whom shows him on a Skegness beach.  And then, in between getting caught up in the rise of the National Front, he begins to see ghosts on the beach and on the camp, of a suited man and his young charge.

This is a glorious novel, full of wit and invention (and a nice line in dry humour) that is told is a deceptively simple style.  Perfectly capturing both the 1976 summer and the start of the slow decline of the east coast seaside resort, this crackles with energy and pathos.  The characterisation - David narrates the story - is pitch perfect, often delivered with the lightest of touches - Pinky and the way he dresses, Tony and his exuberance, Colin and his chilling demeanour - but always spot on and always human, with none of the characters ever behaving in a way that seems out of place.  David is first drawn into the web of Colin, a thuggish and boorish man, and his wife Terri, who sings like an angel but is apparently abused into submission at home.  Attracted to her, the relationship between him and his older, secret lover, is fantastically played with neither David or the reader quite sure of what’s going on.  A surer, safer bet is Nikki, a beautiful half-caste dancer, painfully aware of her own shortcomings (which aren’t really, to David or the reader) and it’s this relationship that we want to see work, the coupling that makes this the perfect coming-of-age novel.

There are supernatural elements - and the denouement of that particular plot strand is obvious but also heartbreakingly beautiful - but this isn’t a supernatural novel, it’s not a horror novel, it is instead a perfect drama about a young man, finding his way in 1970s Britain.

It speaks to me on a couple of levels, in that I love coming-of-age stories and the east coast seaside (and follows my reading of the similarly themed (in terms of nostalgia and love) “Joyland”), but also because I was seven in 1976 and my family holidayed in Ingoldmells, a few miles north of Skegness and it’s a town that I still visit on occasion today.

A truly beautiful work of art (that had me in tears towards the end), populated with characters that I grew to love (and I so desperately want to know that the central love story carried on beyond the seventies), this is an incredible read and I cannot recommend it highly enough.