Suicide Blonde, by INXS, at 30

Thirty years ago, on 15th September 1990, INXS released Suicide Blonde, their first single in over 18 months (following Mystify), from their forthcoming album X. 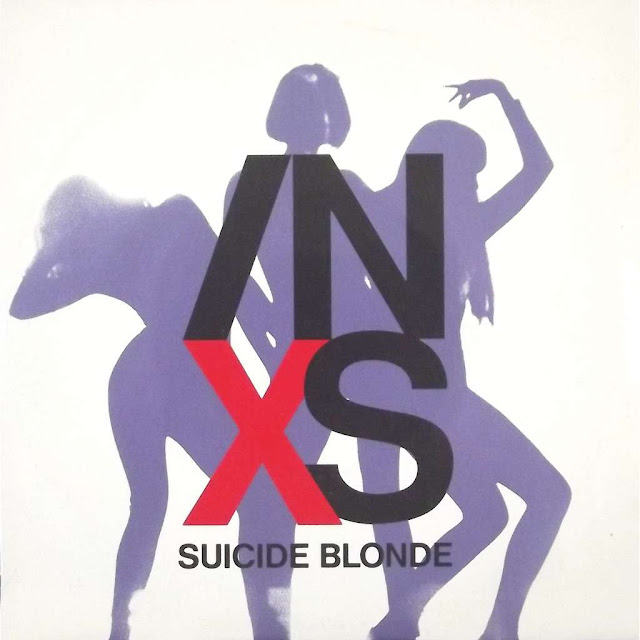 Suicide Blonde was written by Andrew Farriss & Michael Hutchence and released in September 1990 across the world.  The b side for the 7” was Everybody Wants U Tonight written by Jon Farriss.

The first of five singles from the album (followed by Disappear, released in December, By My Side in March 1991, Bitter Tears in July 1991 - to tie in with the Summer XS gig which I wrote about here -and The Stairs, only released in The Netherlands in November), it peaked at number 2 in the Australian charts, number 1 in Canada, New Zealand and the US, went Top 10 in The Netherlands and Ireland and peaked at number 11 in both the UK (where it spent 6 weeks on the charts) and Switzerland.  It was certified Gold in (over 35k units) and the (over 500k units).

Save you from your misery like rain across the land
Don't you see the colour of deception
Turning your world around again
You want to make her, suicide blonde


Love devastation, suicide blonde
The video reunited the band with Richard Lowenstein, who’d been responsible for the very successful (and, indeed, award-winning) videos from Kick and in the meantime had worked with U2 and Hutchence’s side project Max Q.

The song was written as the band reconvened after a year away.  By all accounts it was a fairly fractious time for a while, since all the members had pursued other projects and Michael Hutchence was enjoying a new level of international fame as he dated Kylie Minogue, then best known for her performance on Neighbours.  There are reports she gave him the inspiration for the title, as she was making The Delinquents (1989) while he and Andrew Farriss were writing - the role required Minogue to dye her hair platinum blonde.

A distinctive part of the record (single and album) was the mouth organ (or blues harp) - Farriss had been experimenting with the sound on his keyboard and suggested using it to the band.  In a 1990 interview with DeWitt Nelson he said, "when I met up with Michael we started putting some stuff on tape and demos and we thought hmmm, this is an interesting sound."  In the same interview, Hutchence said, "[Charlie Musselwhite] was actually playing around Australia... he's a real nice southern gentleman."  They arranged to meet when he played in Syndey and Musselwhite readily agreed to collaborate.  Rather than play on the live recording, he laid down some samples which Farriss built into the song (and played on the harmonica during the X tour) though he did play live on two album tracks, Who Pays The Price and On My Way. 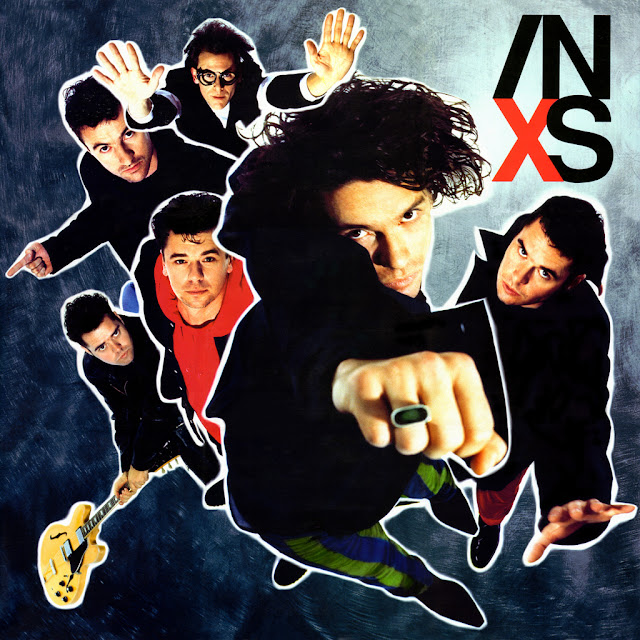 X was released on 25th September 1990 and marked the third (and final) collaboration with producer Chris Thomas.  Recorded at Rhinoceros Studios in Sydney during 1990, with initial rehearsals starting in November 1989, it marked the end of a year-long sabbatical for the band following their huge Kick World Tour which ran through 1987 and 1988.  It reached number 1 in Australia, number 2 in the UK and New Zealand and went Top 10 in The Netherlands, France, Germany, Sweden, Switzerland and the US.  Saleswise, it was certified Platinum in eight countries (including the UK) and Gold in two.

The album yielded four videos, with Suicide Blonde being included on the 1990 VHS release INXS: Greatest Video Hits (1980-1990).  X, Bitter Tears and By My Side were all directed by Richard Lowenstein, while Claudia Castle directed Disappear.

One month after the release of X, INXS began preparations for their next world tour and I was lucky enough to get to their UK leg and see their Summer XS gig at Wembley (which I wrote about here).