Making A Monster, by Al Taylor and Sue Roy - a review

I have a list in my head, of books that I would love to read (that goes back decades) and I never seem to forget the entries on it.  Sometimes I'll prowl online sites, to see if I can spot a bargain (one of the issues of wanting to read old books is that sometimes they're very expensive), but mostly I frequent 2nd hand bookshops and keep my eyes open.  A few weeks back, I met my good friend Steve Bacon in Leicester and we called into the Loros Bookshop and I made a major discovery.  Even better, Making A Monster - which I've been looking for since discovering it existed in the late 80s - was only £4 so I snapped it up. 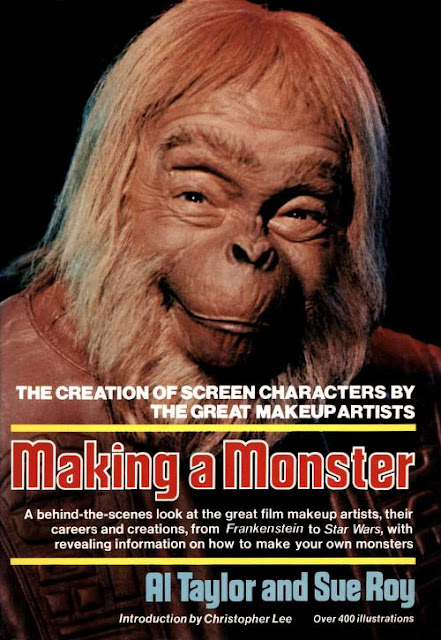 A behind-the-scenes look at the great film makeup artists, their careers and creations, from Frankenstein to Star Wars, with revealing information on how to make your own monsters.

As regular readers of the blog will know (and if you don’t, this thread might interest you), I have a keen interest in the behind-the-scenes nuts and bolts that go into the making of a film, everything from matte paintings to miniatures and all points between.  Back in the mid-70s, as a big fan of the TV series (my parents even bought me a plastic ape mask), I was given the Brown Watson Planet Of The Apes annual for Christmas and read it eagerly.  I loved the whole thing but one piece in particular, a section near the back called ‘How To Make A Monkey Out Of Roddy McDowall’, really grabbed me. 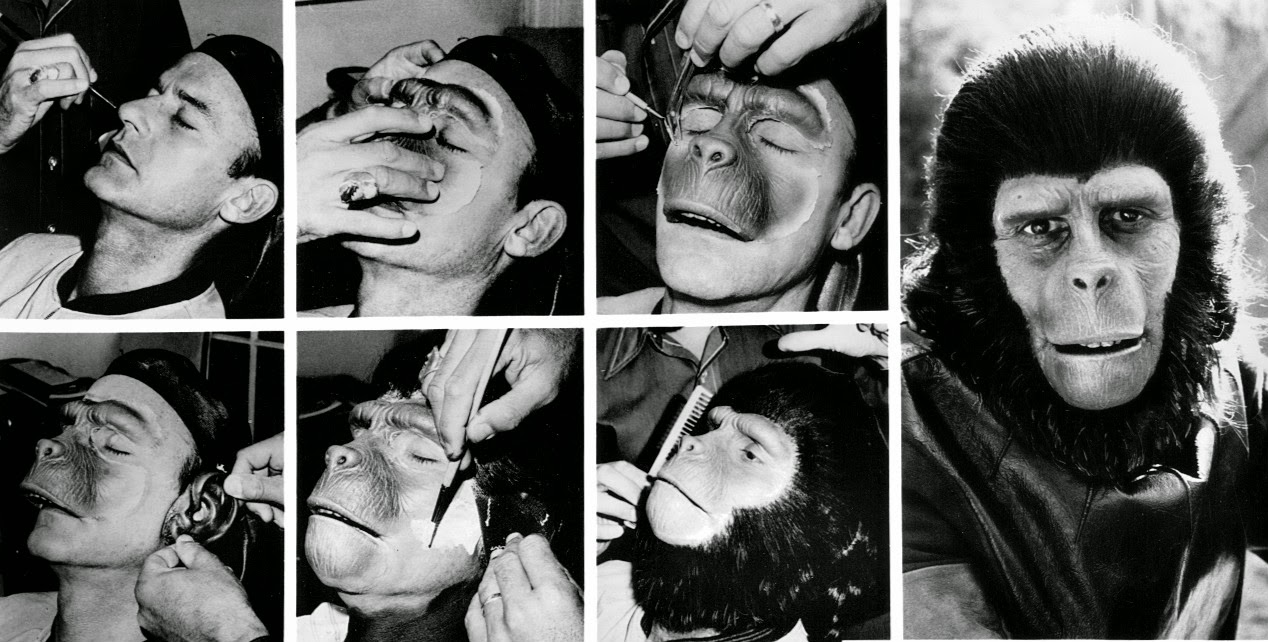 In the 80s, as home video allowed me to watch films I'd only read about and I discovered the glory of Fangoria, I read as much as I could about make-up artists, becoming a huge fan of Rick Baker in the process (I wrote a post about him, which you can read here).  While I was devouring as much of this information as I could, I heard about Making A Monster and was keen to read it but it seemed to constantly be slipping out of my grasp.  Until now. 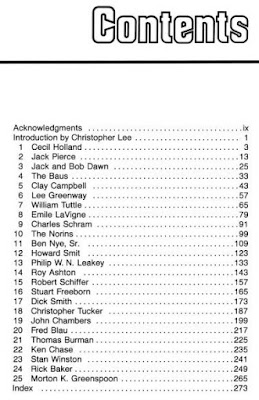 Back then, I imagined it would be full of instructions on how to create monsters (as the title would suggest) but it’s so much more, a roll-call of make-up greats from the start of the film industry up to Rick Baker.  Twenty-five artists are interviewed, some more interesting than others, but thanks to the timing (most of the early stalwarts were still alive when the book was published in 1981) there’s only a few who didn’t get to contribute some thoughts or anecdotes.

There's a good deal of information away from films and it was particularly heartening to read of the likes of Jack Dawn (who built prosthetic appliances for injured soldiers returning from World War 2), Gordon Bau (who created prosthetics for amputees after the war) and Howard Smit (who made up a team of undercover policemen trying to track down criminals mugging old ladies).  The John Chambers segment (he of Apes fame) is fascinating - as well as his credited make-up work in films, it appears he did a lot for other films without credit (including the head in the boat sequence from Jaws) in addition to a lot of work with wounded soldiers and people who'd suffered life-altering injuries and became the first make-up artist to receive a star on the Hollywood Walk Of Fame.  The book finishes with Stan Winston and Rick Baker, two men just starting out at the time (most of Baker’s section covers King Kong and goes into details of his stressful time on the film), who would go on to do great things - as the book was published, Baker was a year off creating his An American Werewolf In London effects that would win him an Oscar.
Competently written and well laid out, it’s clear Sue Roy (who apparently did most of the work) interviewed her subjects thoroughly and it’s nice to see the changes in the film industry over the span of the twentieth century, with the newcomers building on the work of those who came before - and being reverential about it.  The book does have some glitches - the aforementioned Dawn is given full credit for the Creature From The Black Lagoon make-up, completely ignoring Milicent Patrick while Jacqueline Pearce who is mentioned as being the eponymous reptile in the Hammer film is shown, in a photograph, with the actress being menaced given her name - but these kind of add to its charm in a strange way.
I found this completely fascinating, explaining difficult processes in a clear and easy way and really giving these technicians a chance to shine.  I’m glad I finally managed to track down a copy and if, like me, you’re interested in movie make-up, I’d very much recommend it.

If you're interested in further reading, I wrote a blog post about make-up effects in films which you can read here.

Long out-of-print, you can find an online version of the book at archive.org on this link.
Posted by Mark West at 09:00:00