In 2016 I wrote a Nostalgic post about Look-In, a much loved magazine of my childhood.  Looking back over those old covers was a marvellous experience, reminding me of TV shows and films I'd forgotten and helping me see where some of my interests (not least The Six Million Dollar Man, Blondie and behind-the-scenes stuff) were shaped and honed.

In keeping with another of my interests, most of the Look-In covers in the 70s were painted in acrylic by Arnaldo Putzu.  An Italian artist working in London, he made his name creating cinema posters in the 1960’s for the likes of Morecombe & Wise, Hammer (Creatures the World Forgot and The Legend of the Seven Golden Vampires), the Carry On series and Get Carter (which I wrote about here).  Though other artists sometimes contributed artwork (including Arthur Ranson), his cover reign ran from 1973 through to 1981 and still looks glorious today.

Interestingly enough, my strongest memories were sparked by the covers from 1978, when I was nine (all of forty years ago) and so, with little other encouragement needed (as ever), here's a selection of that wonderful artwork. 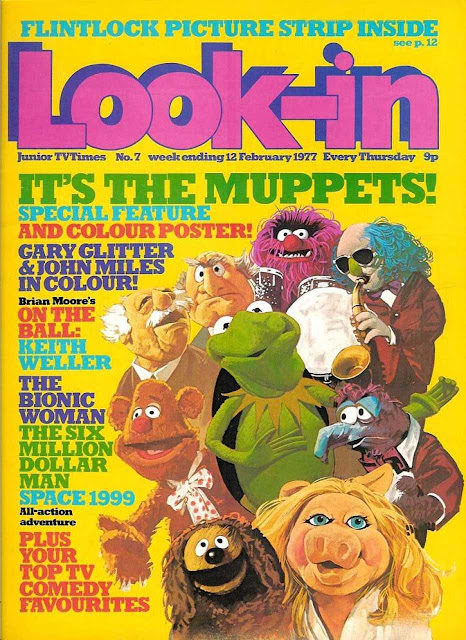 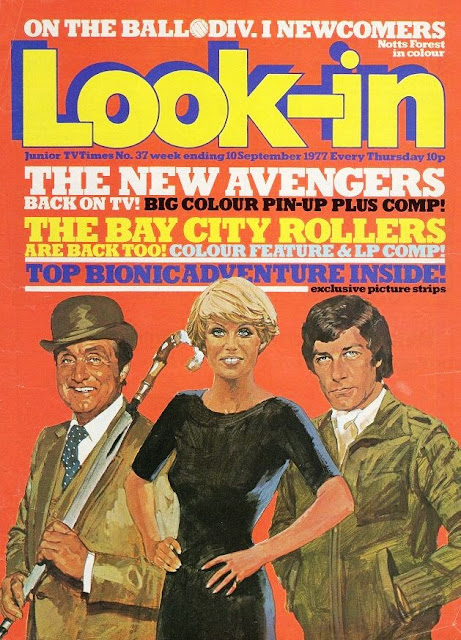 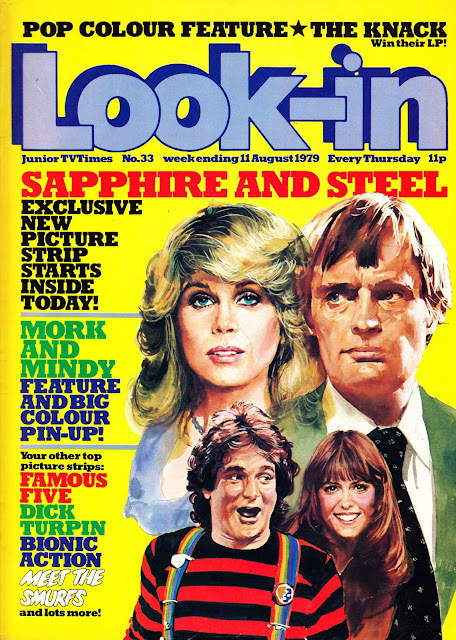 for more, there's a great Look-In archive on Facebook here
Posted by Mark West at 09:00:00