I'm pleased to announce that the latest anthology edited by Dean M. Drinkel, "The Grimorium Verum", has just been published by Western Legends Press.  Amongst many others, it contains my story "The Zabriskie Grimoire". 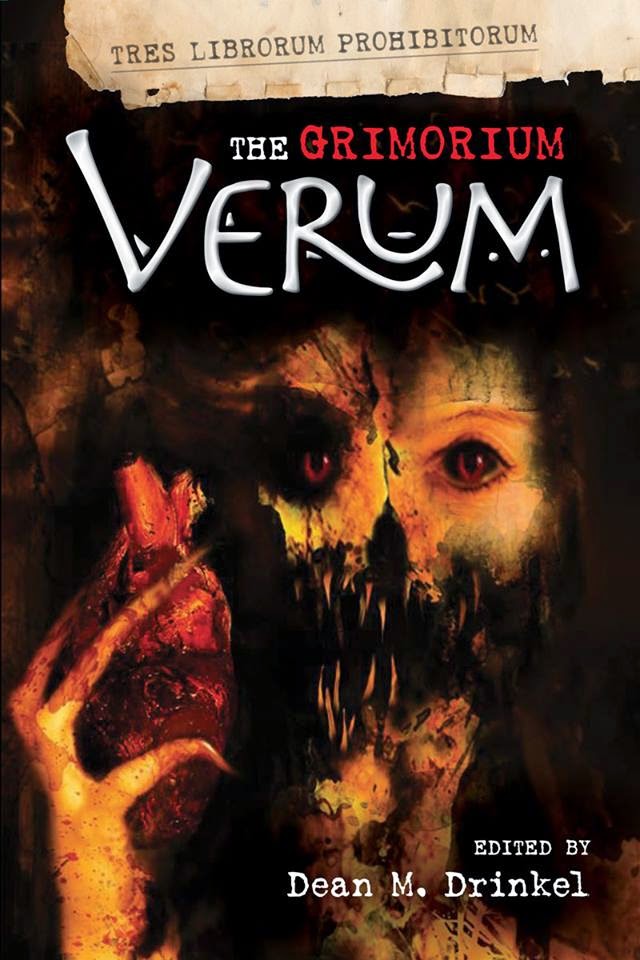 Western Legends is excited to reveal the table of contents for our newest publication and third installment in the Tres Librorum Prohibitum series: The Grimorium Verum - a collection of 26 stories, edited by Dean M Drinkel.


Foreword – John Palisano
Introduction – Dean M. Drinkel
A Is For Annis – Tim Dry
B Is For Balefire – Raven Dane
C Is For Creature – Justin Miles
D Is For Drawing Down The Moon – Jan Edwards
E Is For Eihwaz – Adrian Chamberlin
F Is For Fury – Christine Morgan
G Is For Ghede – Emile-Louis Tomas Jouvet
H Is For Herb Law – Phil Sloman
I Is For Iya and Iktomi – Christopher Beck
J Is For Jimson Jane – Lily Childs
K Is For Krieg – Dan Russell
L Is For Legends – Amberle L. Husbands
M Is For Magic, Madness and Mayhem – Andrew Taylor
N Is For Nightmare – Sylvia Shults
O Is For Ordeal – Chris Dougherty
P Is For Poison – Tej Turner
Q Is For Quackery – Tracie McBride
R Is For Radix Omnium Malum – Mike Chinn
S Is For Slinky, Seedy & A Cool, Calming Womb – Martin Roberts
T Is For Transformation – D.T. Griffith
U Is For Umbilical – Anthony Cowin
V Is For Voudon – Lisa Jenkins
W Is For Writer’s Block – Barbie Wilde
X Is For Xaphan – John Gilbert
Y Is For Yearning – Amelia Mangan
Z Is For Zabriskie Grimoire – Mark West


My story features Mike Decker, who is hired to find the Zabriskie Grimoire, a “powerful text that allows the user to call up Lucifuge Rofocale, the devil himself.”

Decker, a hard-boiled character I loved writing, is an "acquirer" and this is how he describes himself: “I am an acquirer, a finder of items lost or hidden and although it’s an occasionally dirty job, I am well paid for it.  I take my job very seriously and I expect other people to do the same.  I once had a meeting with a dotcom hipster who compared me to a personal shopper and I’d broken his nose before he’d finished his first guffaw.”  I can imagine revisiting the character too, which is always a nice feeling to have.

It’s a dark, grim tale that takes you somewhere nasty (and then gets worse) and was the first story I wrote following my heart attack in August 2014.  It’s location was based on places I saw (mainly in Ffestiniog) when we were on holiday in Wales and the bookshop (where most of the action takes place) is an amalgamation of some of the wonderful secondhand emporiums I’ve whiled away hours in.

I enjoyed writing this and, as ever, I'm pleased to be involved in such a great project.
Posted by Mark West at 09:00:00