The Shining Girls, by Lauren Beukes 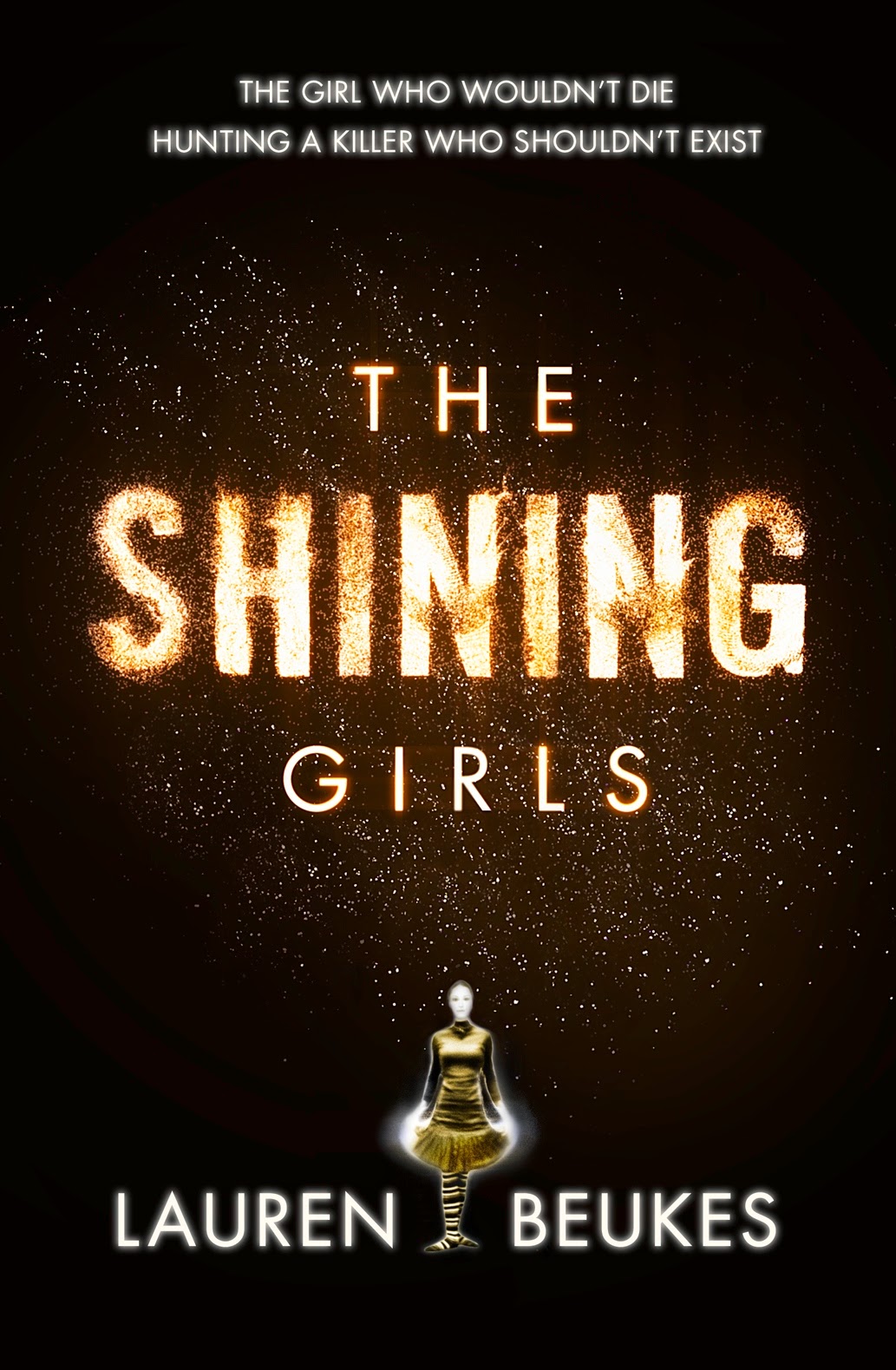 Chicago 1931. Harper Curtis, a violent drifter, stumbles on a house with a secret as shocking as his own twisted nature – it opens onto other times. He uses it to stalk his carefully chosen 'shining girls' through the decades – and cut the spark out of them.

Chicago, 1992. They say what doesn’t kill you makes you stronger. Tell that to Kirby Mazrachi, whose life was shattered after a brutal attempt to murder her. Still struggling to find her attacker, her only ally is Dan, an ex-homicide reporter who covered her case and now might be falling in love with her.

As Kirby investigates, she finds the other girls – the ones who didn’t make it. The evidence is … impossible. But for a girl who should be dead, impossible doesn’t mean it didn’t happen…

This is the first Lauren Beukes book I’ve read and, even though it was recommended to me last year, the apparent sci-fi angle with the time-travelling serial killer did put me off and it really shouldn’t have done because this is a fantastic novel, told with pace and wit and a sure sense of itself.

Kirby Mazrachi is a great character, seen through various points in her life (from leading an almost abandoned childhood to surviving an appalling attack) and never being less than believable.  Spiky, opinionated, forthright and driven by purpose, she leaps off the page and is so richly developed that everything about her sparkles - her dress-sense, her scarf, the Little Pony motif, her boots - to us, not just to Harper Curtis, the serial killer himself.  With him, Beukes has created a stand-out villain who it’s impossible to tears your eyes from.  Falling into The House (the timeline of which becomes much more twisted with the Postscript) and the ability to time-travel, he’s ruthless and vindictive, growing colder and more unpleasant as the book progresses even when he’s still trying to figure out what’s going on (and is, arguably, as much a victim as the girls).  Worse, he keeps getting hurt - an ankle injury at the start of the book means he uses a crutch throughout the novel, one victim breaks his jaw meaning it has to be wired up (in 1932, which leaves him scarred), he’s attacked by dogs and other victims, but still he keeps coming.  Rounding out the leads is Dan Velasquez, a reporter for the Chicago Sun-Times, divorced and now a sports reporter after kicking up too much heat on the crime beat.  He reported on Kirby’s attack, so she approaches him when she wants help in tracking down Harper.

The time-travel device is superb and dealt with inventively - it’s there, it happens, let’s get on with it.  Harper can control, to a degree, where he ends up and he likes to go out and explore but we never fully understand why it works, why it’s there or even why the girls themselves are shining.  The book works better for that, I think and it’s intriguing going from chapter to chapter, dotting backwards and forwards in time, seeing events from different angles and viewpoints.

With something this complex (I saw a picture - see below - of Beukes standing in front of the timeline chart she used to follow everyone and it looked terrifying), it stands and falls on the strength of the writing and this is wonderfully assured.  Told in present tense and with a deceptively easy style, it rattles you along and seduces you with language before bringing you up short with the violent attacks.  And they are incredibly violent, told with an almost casual approach that makes them all the more brutal and unpleasant.  None of them are less than gruesome but when we finally see what happened to Kirby, it’s like being repeatedly punched as the whole terrible spectacle unfolds.

The Shining Girls themselves are dotted through time, from 1932 up to 1993 and we get to know enough about the victims (with plenty of local colour thrown in too) to feel great sympathy for them especially since we know that Harper is, essentially, unstoppable.  The story is filled with great details of the various periods and plenty of history, though neither feel shoehorned in and the social commentary - racism, the great depression, abortion, feminism, sexism, gang culture and the lost souls of modern life - grounds everything in a terrific, grimy realism.

Superbly written, with great pace and nerve, this is a fantastic read and I highly recommend it.

Lauren discusses the book and its timeline/murder wall on this post, at The South African.com
Posted by Mark West at 09:00:00