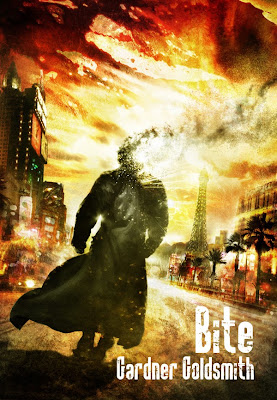 What would you do if your career began with promise, if your plans for life seemed well on their way, but, due to your own mistakes, the bottom suddenly dropped out?

What if that clean, prosperous, happy family life was lost, and you were left to slide deeper and deeper into the “underground”, each strange job more obscure and bizarre than the next?

Where would you land? How long could you stomach that world?

Could you do the kind of job that others fear or don’t believe exists?

Sylvester Cole can. He has for too many years, and now he wants out. Long ago on track to become a literature professor, Sylv made one big mistake, and he’s paid for it since. Maybe he’s made himself pay. He’s not exactly sure.

But one thing is certain, now in his mid-fifties, he’s had enough. He’s saved up his cash and gold. He’s bought a plane ticket out of Vegas, and he’s ready to retire.

Because Sylvester Cole is sick of re-killing the dead.

But when Sylv wanders into his favorite watering hole to say goodbye to his friends of convenience, he’s confronted with an opportunity of a different sort: a girl, who just might give him that chance to snatch life and love out of the hands of fate – by re-killing one last time.


Sylvester Cole is a man with the kind of job that others fear or don’t believe exist.  After making a mistake that cut short his academic career, Cole became a gun for hire, terminating the undead and it’s a career he’s excelled at - but now he’s in his mid-fifties and wants a chance at life with the cash and gold he’s been saving over the years.  Going to say goodbye to old friends, he quickly becomes involved in a new job, where the girl he has to save might just be the girl who could turn his life around.

I love ‘noir’ thrillers (books and films) and I love vampire stories where the undead are nasty, venal creatures and so this book had double appeal to me.  Combine that with Goldsmith’s gutsy and assured writing style, a plethora of biting one liners and characters that leap off the page and it’s a winner.

Featuring a Las Vegas that hopefully none of us will ever see - where the dregs go to die - this is stark and dirty and unforgettable, with the desert haze and grit almost present on the page and a pace that never slackens.

Brutal, beautiful, elegant and kinetic (sometimes in the same sentence), with a real heart and soul, this is a refreshing take on a sub-genre that has been flooded with sparkly, friendly vampires of late.  But if you like your vampires and their hunters old school (as I do) I can’t recommend this highly enough - I loved it.
Posted by Mark West at 09:00:00