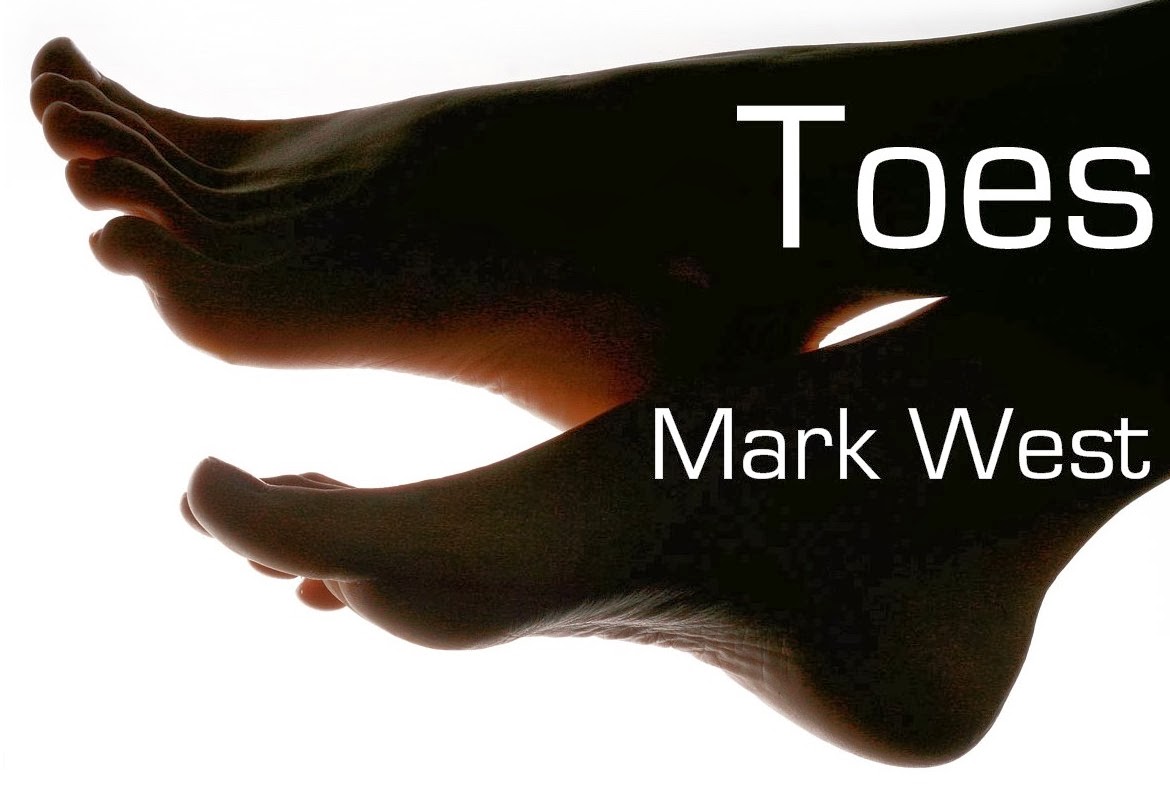 Kevin loved Angie’s feet, especially her toes. He loved the way that her instep curved, he loved to stroke and kiss her toes and he loved the dainty pinkness of her nails. He couldn’t get enough of them.

They were lying on the bed, the window open to try and get some fresh air into the flat. The summer was turning into a hot one and the air was stifling from first thing in the morning. He loved this time of the year because he was in his element - as the weather got warmer, women began to wear sandals, mules and flip-flops and some even walked barefoot! The opportunities to look at sensuous, female feet were everywhere and he took each one gladly.

Kevin leaned forward, licked the underside of Angie’s big toe and looked at the clock. It was ten minutes to one and they’d been lying here for more than an hour.

“Isn’t this lovely?” he said and Angie moaned. He began to massage her soles. “You know, this is what life is all about, don’t you think?”

For a long time, he’d thought that he was a little weird. When he’d left school, he’d gone to work as a machinist and his colleagues - all of them older than him - had plastered the machines and surrounding corkwall with pictures salvaged from magazines.

“What do you like?” they’d asked one lunch time, meaning which club did he want to belong to? Was he a breast man, a bum man, a leg man? When he told them that he liked feet, that he liked nothing better than looking at the shoe section in his mum’s Kays catalogue, they’d all laughed at him. “You’re a perv,” they’d said, “you’re not coming near my missus when she’s buying some shoes.”

He’d found that girls, on the whole, were a little unsure and once they’d tried it, they either loved it or hated it. When he was eighteen, he went out with a girl called Charlotte for a while. One night, they were sitting on her mum’s couch, watching a video and he’d asked her if she wanted a foot massage. She agreed and he soon had her lying with her eyes closed, moaning slightly but he’d ruined it when he leaned down to suck her toes through her tights. She’d tried to be understanding but she wasn’t all that keen on having her feet touched, let alone sucked and licked.

Much later, he met Angie who was, she said, adventurous and willing to try most things once so he’d broached the subject. After the initial attempt, she admitted that she wasn’t too keen on having her feet loved in this way but by now he was obsessed with it. When he sat at work, looking at various magazines, he found that he could only become aroused if the girl was barefooted. It was starting to get him down and when Angie said that she wanted him to pay attention to other parts of her body, rather than just her feet, it had been the last straw. The argument had been long and drawn out but they’d been sensible and he’d persuaded her that he was right.

Angie moaned again so he put her feet on the bedside table and leaned over the side of the bed.

Angie, her lower legs ending in ragged stumps, reached for Kevin but she’d already lost too much blood. “You bastard,” she said.

Kevin laid back and smiled. He picked up her right foot and licked it, from the heel to the big toe.

This was written as summer was really blooming and women were, indeed, wandering around in sandals and mules and whatever else. I don’t know where the specific idea came from, but I had a lot of fun writing it.

First published in The Dark Fantasy Newsletter in January 2000.