Polly, a novella by Mark West 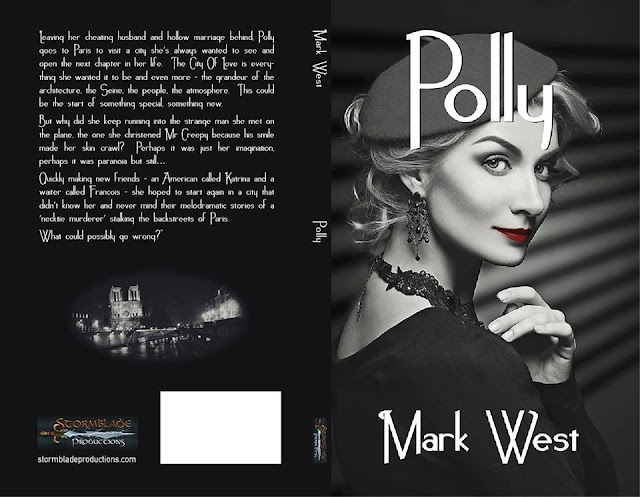 The bulk of the story takes place in the Latin Quarter of Paris, somewhere I’d wanted to visit since my teens (like Polly).  I was lucky enough to travel there several times on business, where the local manager of our company delighted in showing me around his wonderful city, pointing out places of interest and feeding us in fine restaurants.  In May 2012, I was in Paris with my colleague Rosie for a business meeting we managed to wrap up by lunchtime.  After a meal, we took the Metro to Notre Dame, had a drink at the Hotel Notre Dame St Michel and as it was a gloriously sunny May afternoon, we walked alongside the river to the Louvre, taking in the Bouquinistes and the Love-Locks on the Pont Des Artes bridge.  Polly does exactly the same walk.