Drive, a novella by Mark West

David Moore has one night left in Gaffney and is at a party he doesn’t want to attend. Natasha Turner, at the same party, is lost for a lift home. 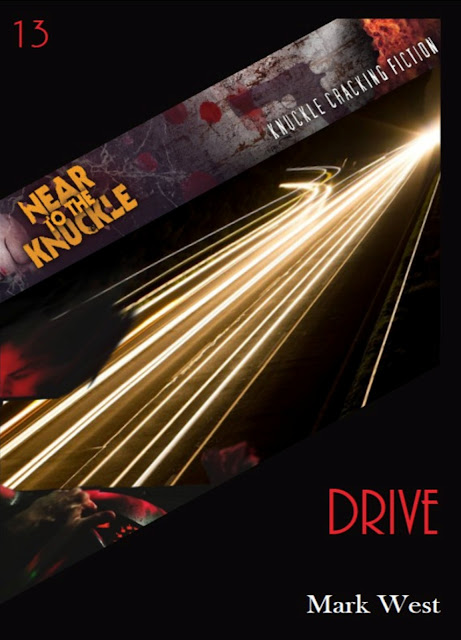 “Mark West writes the kind of fiction that gets under the skin where it lies dormant until you turn out the lights ...”
- Dave Jeffery, author of the Necropolis Rising series

"Drive" is a 25,000 word novella originally published by Pendragon Press, as a limited edition (to 100 copies) paperback and an ebook across platforms.

It was republished in 2018 as a paperback by Near To The Knuckle (an imprint of Gritfiction Ltd). 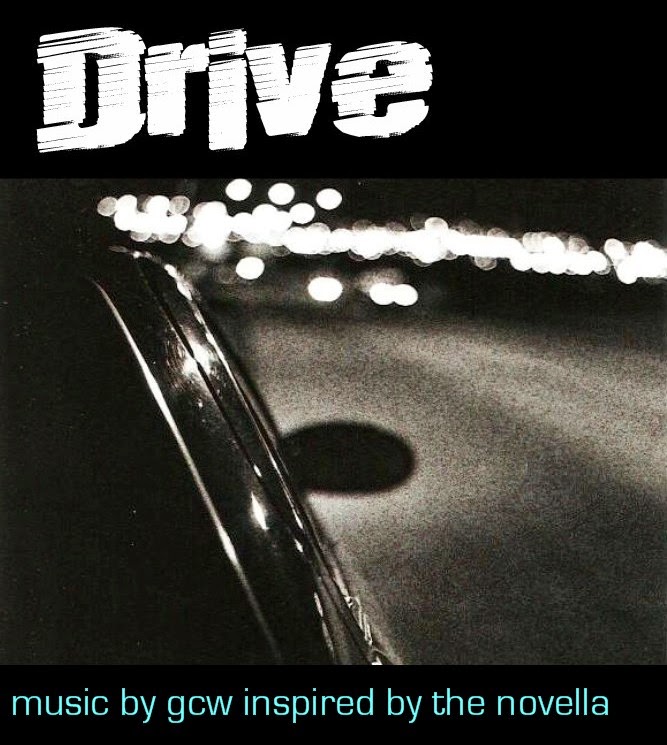 The Rude Dude Films trailer is scored by gcw, who also produced the theme for my "What Gets Left Behind" chapbook trailer.

He has released the music as part of the "Drive EP", which features this score, "What Gets Left Behind" and "Me" (a song from his next album).  The EP is now available to download on Bandcamp at this link - https://gcwmusic.bandcamp.com/album/drive

Peter Tennant, Black Static (via Trumpetville)
He does an excellent job of drawing his characters, especially the three skinheads, who are far more than the two-dimensional thugs typically found in such fiction, and all the more menacing for that. There are some nice touches of detail, such as the indifference to their plight of the petrol station cashier and the blasé certainty of the farmer coming to deal with trespassers on his land in the middle of the night.
(read the full review here)

Vix Kirkpatrick, The Fluffy Red Fox Blog
Many other reviewers have commented on MW’s style of emotional writing and I was a bit dubious as this can often be a cover for over gooeyness and fluff.  I was very happy to find this not to be true, in fact I found myself thinking of this story for a few hours after, wondering about the characters and feeling a little anxious about my next drive to work in the dark.
(read the full review here)

Paul M. Feeney, The Ginger Nuts Of Horror
Mark West pens a short tale that's steeped in 70's and 80's chase films, yet retains a character all of its own.  [It's] a pretty simple premise – that of the innocents (David and Nat) being hunted and terrorised by unknown and violent assailants, through the dead of night where there seems to be nowhere to go and no one to help. West cleverly wastes little time in getting to the meat of the action and the bulk of the book details David and Nat's encounters with the gang and their subsequent attempts to escape. As such, there is very little room for prolonged character development and it's a testament to West's talents that he still manages to imbue both David and Nat with three dimensional and sympathetic traits. We really feel for these two people and their plight.
(the full review can be read here)
James Everington, at Scattershot reviews
Mark West’s latest novella is in some ways a departure from the author’s previous work; there’s none of the supernatural horror of The Mill here. But despite its realism there are scares aplenty in Drive and its small-town English realism adds to the effect.
(the full review can be read here)
Paula Limbaugh, at Horror Novel Reviews
YES!!  A new novella by Mark West!  Okay, just to get it out of the way I’m a big fan of Mark West.  He has a way of plotting the course and leading you down the dark and twisted corridors of his mind.  Drive is another example of a top-notch tale.  Have you ever been out alone in the middle of nowhere driving?  Have you ever thought what if?  What if someone forced you off the road, what if you have a flat and a car full of men pull up, or  what if…..
(the full review can be read here)

Carrie, at Stormblade Productions
The great thing about Drive is the simple authenticity and confidence that flows through each scene, a real and tangible sense that this could happen to anyone - perhaps even you.
One particular scene with Nat has to be every woman’s nightmare, executed brilliantly by West and written as only a woman could feel in that situation. An action packed, heart pounding thriller with car chases, deadly games of hide and seek and all the harsh violence of a bored and degenerative youth.

Steve Harris, on Facebook
This novella perfectly captured that feeling of driving late at night through deserted neon lit streets that should be safe but you know aren’t, meeting fellow late night citizens you hope are harmless, but fear could be feral. A skulking Audi with booming bass could be next to you at the lights, and after reading Drive, you’ll certainly wish it wasn’t.
All this pulls together to drag you into the page, and make sure that you can’t leave until the author has finished with you. The tension ramps until you’re breathless.
Brilliantly evocative, finger on the pulse storytelling. If you enjoy a good page turner, I suggest you get your ass into gear, pop the clutch and rush out to snag your copy…

David Price, at Amazon
Mark West really cranks up the tension by making the hero a less-than-heroic figure who is, in effect, as helpless and terrified as 'anyone' would be in this situation. Weighing in a 86 pages and belting along in real time, it is a hard book to put down and you might just find yourself with sweaty palms when you do. The day of the novella has come and thrillers like Drive can only enhance its popularity. A great read.
(read the full review here)


Drive (Near To The Knuckle Novellas) - £4.99 in paperback from Amazon.co.uk